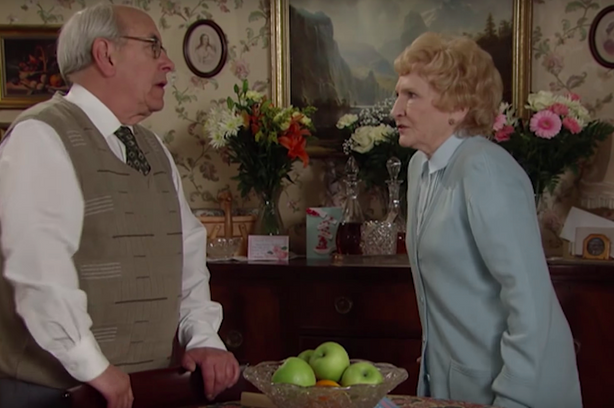 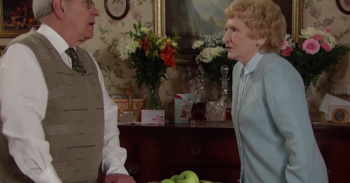 Emily Bishop's house of 47 years, No.3 Coronation Street will change beyond all recognition

One of Corrie’s most iconic sets is going to be ripped apart.

Emily Bishop’s house of 47 years, No.3 Coronation Street will change beyond all recognition when it is bought by new family the Baileys.

Builder dad Ed will be tasked with updating the mid-terrace for his family by wife Aggie who wants things in her own taste – but it wasn’t an easy decision for the soap.

Coronation Street boss Iain Macleod said he was “weirdly emotional” about letting the set be changed for the new family.

“We were storylining that and there were bits of carpet coming out and going in a skip,” he said at a press event.

“It is an iconic set so it wasn’t a decision we took lightly, but it felt like they 100% would revamp it and put their own imprint on it, so that’s what we’re doing.

“I’ll be sad to see it go. I might go down on the day they uninstall the set and try to nick some wallpaper.

“I’ll just walk out with a footstool on the way out.”

He added: “If you were to go into that set now, it’s like a museum piece.

“It’s a funny thing with Corrie, because we occasionally have these discussions about all of our sets and ask, ‘Wouldn’t that set be updated by now? Really?! It’s 2019’.

“But you also have to counterweight the requirement to be real with the fact that it’s an iconic set and you can’t touch it.

“There’s a few sets – I won’t name them – that probably wouldn’t look like that in this day and age, but I’m not touching them unless someone twists my arm.

“Number 3 was kind of in that category but it felt like we had to do it.”

What would Emily say?!

Was it time to update Emily’s house? Leave us a comment on our Facebook page @EntertainmentDailyFix and let us know what you think!