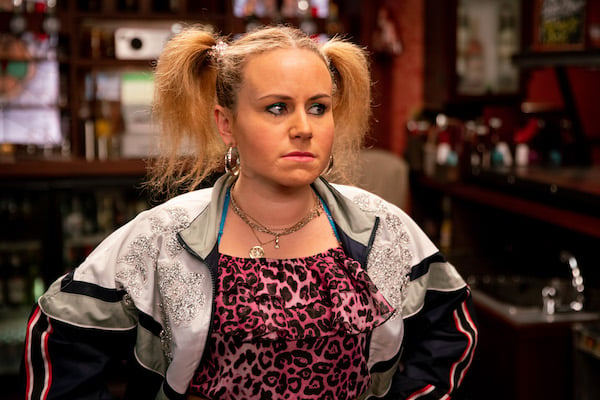 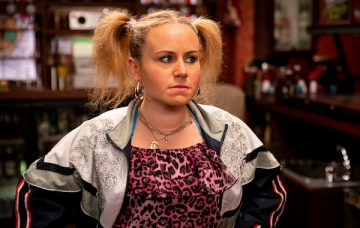 Coronation Street’s Gemma to give birth 80ft in the air

Weatherfield’s Gemma Winter is going to give birth in harrowing circumstances.

She’s been beset with morning sickness and worry about how they are going to afford to pay for their brood.

But things are set to take a dramatic turn when Gemma goes into labour unexpectedly – in a cable car, 80 feet in the air!

The Sun reports that Gemma will be stranded in a cable in Llandudno, North Wales, when her labour starts in scenes due to be aired in December.

She will have to be rescued as she panics about what’s happening to her.

A source revealed to the newspaper how the first of Gemma’s four babies will be born in an ambulance at the scene.

The remaining three will then be welcomed into the world in a hospital.

All four babies will be happy and healthy, according to the report.

A source told the publication: “It’s been a storyline full of ups and downs.

“For Gemma to go into labour while riding a cable car sums up that they haven’t had things easy. But fans will be delighted that it will be a happy ending.”

However, not all fans are happy with Gemma taking centre stage on the show, with her character drawing ire from viewers at home.

When she was a rarely-used character, fans loved her for the occasional comic relief. But she has risen to prominence in the show, and that has seen fans hit out at her being “overused”.

One said: “Any comedy value Gemma might have supplied has long gone, the character’s now just stupid and annoying! #corrie.”

Another added: “I feel like it’s becoming an American soap opera #Corrie. Gemma used to be my fave, now she shouts every word. And four babies… really? Her and Ches were bffs now this?”

What do you think of the way Gemma looks set to give birth? Leave us a comment on our Facebook page @EntertainmentDailyFix and let us know!