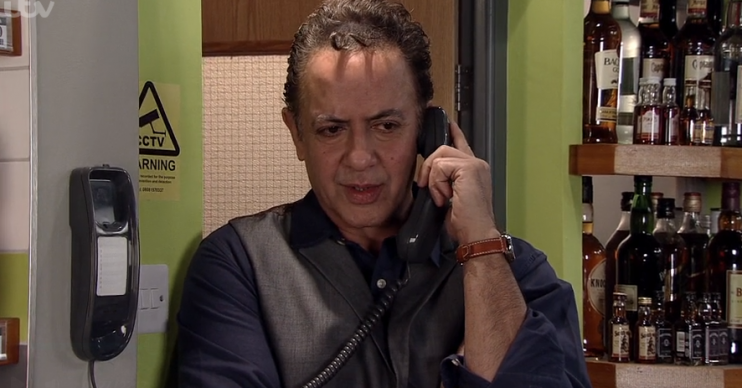 In last night’s episode of Coronation Street (May 3 2019) shop owner Dev Alahan received the tragic news that his uncle Ravi is dying.

Dev received a call from his uncle Umed telling him that Ravi was dying. Dev then said he would go over to see his uncle in India.

Fans of Coronation Street will remember Ravi, played by Saeed Jaffrey, from his time on the cobbles in 1999.

Ravi was introduced as part of Corrie’s first Asian family and was on the soap from January – August 1999 before leaving for India.

During his time on the cobbles he brought the corner shop off Fred Elliot and began running it with daughter Nita and son Vikram.

He also had a short relationship with Alma Baldwin while she was estranged from Mike.

When Ravi left he sold the corner shop to his nephew Dev.

The sad news couldn’t of come at a worse time for Dev with his teenage daughter Asha acting up.

Last night, the teen lied to her dad telling him she was studying at a friends whilst she was really at a party with Amy Barlow.

Dev went to the party and took his daughter home. The angry teen told her father she hated him and wished her mother Sunita was alive.

Mary suggested that Dev took Aadi and Asha to India and he could hopefully bond with his daughter.

Their departure isn’t the only one happening this week.

It also looks like Norria and Freda will be leaving this week meaning overall, eight characters will be departing.

Leave us a comment on  our Facebook page @EntertainmentDailyFix and let us know what you think of the plans!