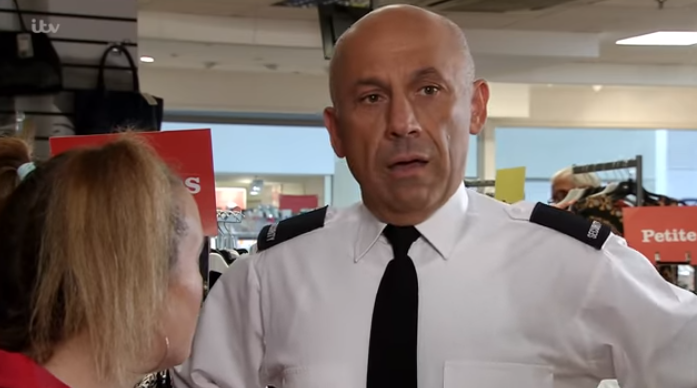 Fans of Coronation Street might be scratching their heads trying to work out where they recognise newcomer Kel from.

Kel first appeared on screens on Friday (September 13) and he’s set to be much more prominent over the coming weeks as his storyline unfolds.

The security guard is the ex of Gemma Winter’s mum, Bernie, and he’ll fall back into her orbit in upcoming scenes.

But although Gemma is thrilled to see Kel again, it will soon become clear he’s not a nice man and groomed Gemma’s brother Paul Foreman.

It’s not the first time actor Joseph Alessi, who plays Kel, has appeared in Soapland in the last year.

In fact, he was in EastEnders in September 2018 as Mick Carter’s fellow prison inmate, Fraser.

And sadly for Mick, Fraser made sure The Queen Vic landlord really suffered during his stint inside.

And it could be a case of typecasting for actor Joseph as his Corrie character is set to be a baddie of the worst possible kind.

The soap has already revealed details of the upcoming storyline which will see Paul confront his traumatic past.

Paul believed he and Kel were in a consensual relationship, but as Paul was underage, it soon becomes clear to Paul’s boyfriend, Billy, that Paul was groomed and abused.

The reformed jailbird is set to come face to face with his past abuser tonight (Monday September 16) and he gets a huge shock.

Oblivious Bernie announces she and Kel are getting back together and Paul can’t believe it.

Paul and Kel have a meeting in the Rovers’ back yard and Kel tells Paul their past relationship was ‘special’, but this time he’s fully committed to Bernie.

When Kel then leaves, Bernie blames Paul for his departure and making him feel unwelcome.

Billy knows something isn’t right and quizzes Gemma about Paul and Kel’s history.

She reveals everything was fine and the pair were inseperable, then one day Paul flipped and caused Bernie and Kel to split.

When Billy learns Paul was only 14 at the time, he knows there’s more to it and asks Paul what happened.

Paul furiously lashes out at Billy, but will he find the strength to confide what really happened – and can he accept it was abuse not love?