Viewers have all been saying the same thing about Shona Ramsey's wedding dress in Coronation Street - it looked a bit like a towel!

It was the big day Shona had been waiting for - the day she would marry her fiancé David Platt.

In last night's episodes (November 7 2019) as the bride-to be waited for her groom to be released from prison, she got ready and into her wedding attire. Although Shona was anxiously waiting to hear from David or his brother Nick, viewers were more focused on what she was wearing.

Shona wore a white bandeau-styled, strapless wedding dress which flowed down to the floor.

But viewers were quick to compare it to a towel, a marquee, a table cloth and bed sheet.

I’m a bit behind, but I thought Shona was still in her towel when she arrived at the bistro #Corrie

Shona looks like she has bath towel wrapped her. #Corrie

I know the actress playing Shona is heavily pregnant, but did they mock that wedding dress out of a bed sheet? 🤷🏻‍♀️ #Corrie

Was the reception originally going to be held in that marquee that Shona’s wearing? #Corrie

Why is Shona wearing a bed sheet? #coronationstreet #corrie

Unlike most weddings, aside from David arriving late after car troubles, the pair managed to get married without a hitch.

The residents of Weatherfield were even moved to tears themselves over the ceremony. 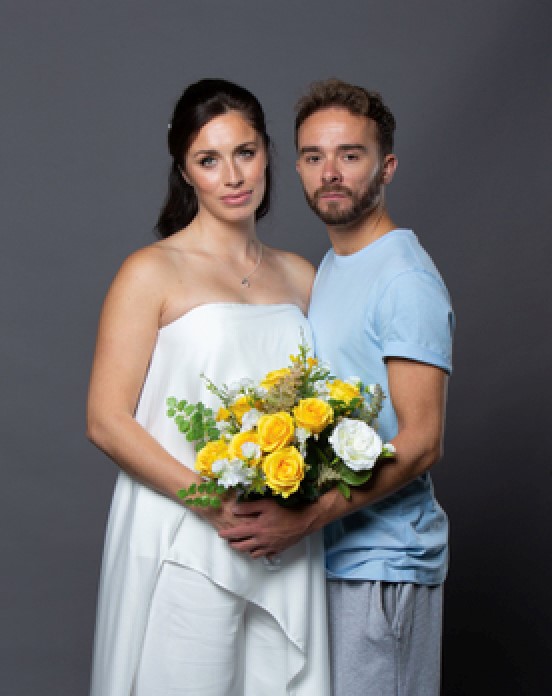 But with the wedding going well, it left viewers questioning how Shona will be written out of the show, as actress Julia Goulding is pregnant with her first child.

Could it have something to do with David's rape allegation against Josh resurfacing, or could she go off to visit a sick relative?

We'll have to wait and see, but a happy-ever-after seems unlikely...