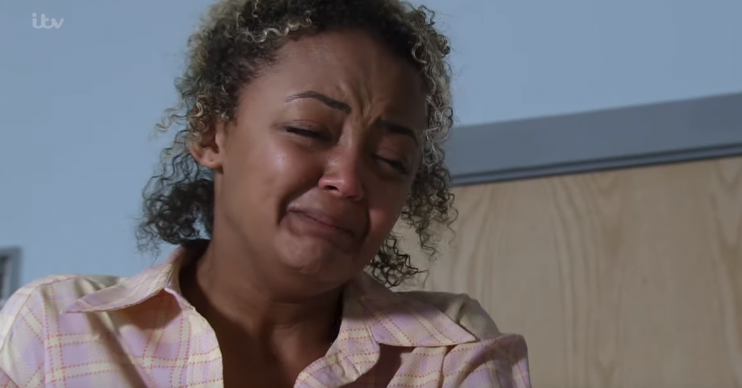 In Monday’s double dose of Corrie, Alexandra’s character Emma went to visit her dad, who was recently diagnosed with stomach cancer.

Maria accompanied her friend to the hospital, where Emma was told her father’s cancer was terminal.

Unfortunately, throughout the episode, poor Emma kept getting more and more bad news.

As Emma went to speak to her dad, he told her that he always loved her like she was his own.

Although Audrey had suspected he was confused with his medication, Emma rang her mum needing to know what he meant.

Emma’s mum, who was later revealed to be Fiona Middleton, said that Emma’s dad wasn’t her biological father.

As the episode went on, Emma’s father unfortunately passed away from the cancer leaving the hairdresser heartbroken.

Viewers have praised Ali for her “outstanding” performance.

#Corrie So pleased to have voted for Alexandra Mardell to win an NTA when she’s acting her socks off tonight. ❤️

Alexandra Mardell casually proving her serious acting is as on point as her comedy. #Corrie have a real star here.

In the episode, Audrey discovered that Emma’s mum is former cobbles resident Fiona.

Audrey tried to find out more from Emma about her mum, but she revealed that her mum never asked about where she lived and worked.

After returning to the Rovers Audrey told Liz about what Emma had found out and together they realised that Emma could be Steve McDonald’s daughter.