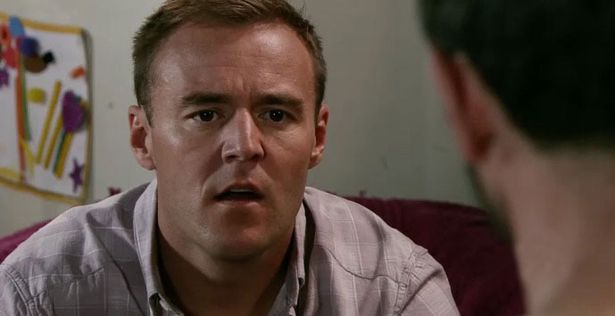 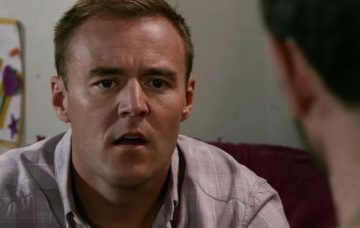 Tyrone Dobbs got a big shock this week, when his dad turned up on the scene.

Last night (Wednesday 5 September), the Weatherfield mechanic attended the reading of late mum Jackie’s will and was surprised when his estranged dad Darren also turned up.

And fans were pretty surprised, too – but not for the same reasons as Tyrone!

Tyrone left clutching the only thing his mum had left him – a VHS tape – and Darren clearly knew what was on the tape.

However, as the mystery surrounding the VHS thickened, Corrie fans fixated on one thing they couldn’t get their heads around – how young Darren looked!

In fact, many believed he looked the same age as – if not younger than – his son Tyrone!

Who cast that guy as Tyrone's dad? I thought it was a cousin or a surprise brother??! Also, how fit is Tyrone looking these days?? ❤️ #corrie

Is it my migraine or does Tyrone’s dad look younger than him in #Corrie ?

When your dad looks the same age as you #Tyrone #Corrie pic.twitter.com/MXysOo3qNR

Even Tyrone looks shocked that his dad is younger than him. #corrie https://t.co/EsUb0t3zfz

Another said: “Who cast that guy as Tyrone’s dad? I thought it was a cousin or a surprise brother??! Also, how fit is Tyrone looking these days??”

A third added: “Even Tyrone looks shocked that his dad is younger than him.”

One baffled viewer tweeted: “Is it my migraine or does Tyrone’s dad look younger than him in #Corrie?”

In a shocking family secret buried for years, Tyrone discovered that the people who he thought were his parents had actually abducted him.

Darren confessed that, after a boozy night out, Jackie had stolen a baby.

He said: “I like you Tyrone, but I’m not your dad. We got bumped up the council waiting list and you were a good kid.

“I wouldn’t lie about this. Not now. I hope you find out where you’re from.”

So who are Ty’s real parents?

Next week, after doing some digging, Tyrone tracks down his biological grandmother, Evelyn Plummer (Maureen Lipman).

And, unlucky for Ty and Fiz, she proves to be the battleaxe from hell!

Did you think Tyrone’s dad looked younger than him? Leave us a comment on our Facebook page @EntertainmentDailyFix and let us know what you think!