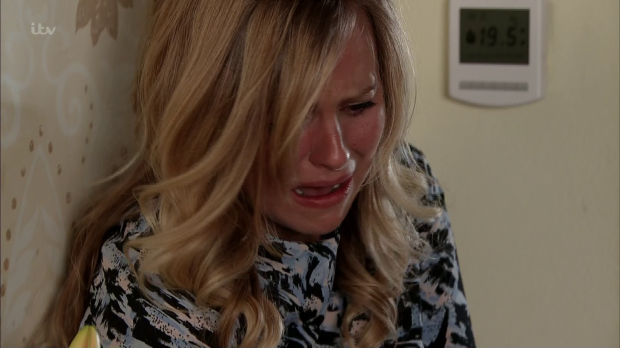 Is Adam Barlow in danger too?

Fans of Coronation Street were disgusted by Gary Windass last night, as the Weatherfield resident killed for a second time and went on to attack his ex-girlfriend Sarah Platt.

In scenes that were uncomfortable to watch on Wednesday (June 19), volatile Gary had a brutal fight to the death with loan shark Rick Neelan.

After months of conflict, Gary – the soap’s new supervillain – seemingly murdered Rick in the woods before returning to the Street with blood on his hands.

Already on the edge, he saw red when Bethany told him that Sarah had gone off to a hotel for mysterious reasons.

Fans thought the worst when Gary eventually came face to face with his former girlfriend – surely Gary wouldn’t hurt the woman he loves, would he?

During a heart to heart – that’s if Gary even has one – Sarah told him that she still  “loved him” but “won’t ever, ever be able to trust him again”.

Insisting their relationship was over for good, she was forced to tell Gary about her romance with lawyer Adam Barlow when he refused to accept they were finished.

Unable to contain his inner turmoil, Gary shoved Sarah up against the living room wall but quickly realised he’d hurt her and stepped away.

Fans were livid with the character, telling him he’d crossed a line.

One said: “Oh Gary, you’ve messed it up real bad now. If you were going to win Sarah back that wasn’t the way to go about it.”

Another added: “Gary, don’t take it out on Sarah.”

Gary, don't take it out on Sarah. #Corrie

Oh Gary, you've messed it up real bad now @itvcorrie if you were gonna win Sarah back that wasn't the way to go about it #Corrie

Any shred of sympathy you had for Gary has gone.

Sarah is 100 times better than Gary and deserves to be happy. He is a pathetic mess who can't handle that it's over and thinks putting his hands on her is acceptable 😡 horrible character #corrie

Quite shocked then when Gary hurt Sarah #Corrie

Not surprised to see Gary manhandle Sarah. Remember when he held Izzy hostage! I thought Sarah acted that scene well. it's a good message too: don't stay in relationships that aren't fun #corrie

A third raged: “Any shred of sympathy you had for Gary has gone.”

“I was feeling sorry for him until he did that,” blasted one more, while another said: “Sarah deserves so much better than Gary.”

Now viewers fear unhinged Gary is “the next Pat Phelan” and predict Adam Barlow might become his next victim.

Soap fans know that Gary was revealed to be the person behind the tragic factory roof collapse which killed Rana.

Actor Mikey North – who has played builder Gary since 2008 – has said his character will never be able to mentally recover from killing two people.

He told The Sun: “I can’t see how he’ll ever get past it. He’s lost everything and now he’s killed two people.

Since joining the ITV soap, we’ve seen the character join the army, battle PTSD, spend time in prison for a crime he didn’t commit, and go through three serious relationships with Izzy Armstrong, Alya Nazir and, most recently, Sarah.

Were you shocked by Gary? Leave us a comment on our Facebook page @EntertainmentDailyFix and let us know what you think?