Viewers of Coronation Street were distracted from the drama last night, when they couldn't take their eyes off of Toyah Battersby's choice of outfit. 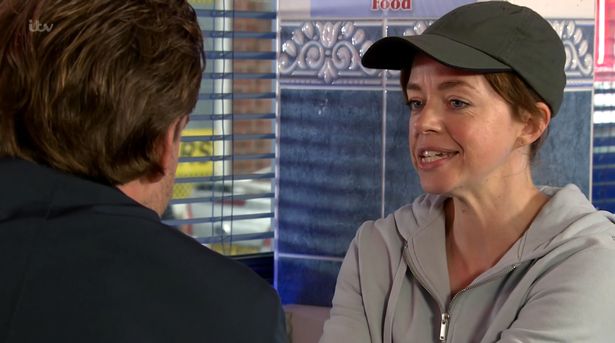 Viewers wondered if Toyah was on the run... (Credit: ITV)

On Thursday (November 7), the Weatherfield resident got viewers talking when she chose to dress in a much more casual way than usual.

Toyah, who usually wears floral dresses and smart blouses, changed her look entirely by wearing a baggy grey hoodie and a khaki cap.

As she shared scenes with doctor Ali Neeson, viewers found themselves drawn to her wardrobe choice rather than their budding relationship. 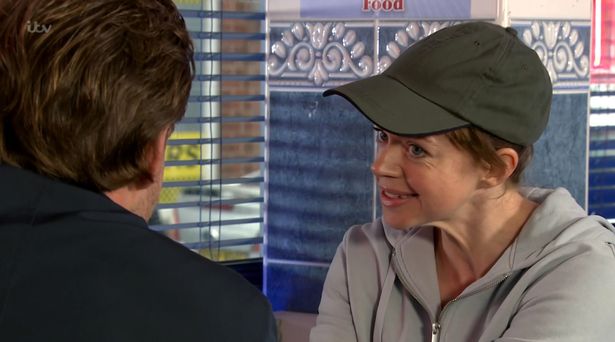 In fact her entire outfit was questionable according to fans, who joked she might be "going on the run" amongst other theories.

Why is Toyah dressed like someone going on the run?

One said: "Toyah looking like she's about to go off and murder her married lover's wife in an American TV movie. #Corrie."

Another said: "Why is Toyah dressed like someone going on the run? #Corrie #Toyah."

Why toyah dress as boy in #corrie😂

Why is Toyah dressed like some one going on the run? #Corrie #Toyah

I was thinking that. Has she had her hair cut off ?

Toyah looking like she's about to go off and murder her married lover's wife in an American TV movie. #Corrie pic.twitter.com/bxz0NI7zFt

A third said: "Why is Toyah wearing a cap inside?"

Others wondered if she'd had her hair cut off.

But some were able to tear their eyes away from Toyah's cap to notice a certain chemistry between her and Ali... 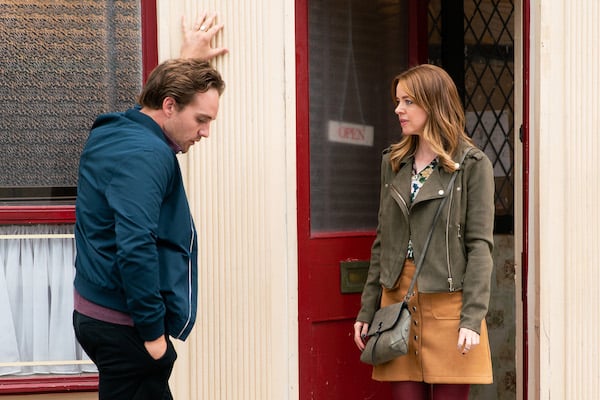 Something in the air? (Credit: ITV)

Could they be a couple of the future?

Toyah has been supporting Ali through his recent drug addiction, and he was able to confirm that he's finally sleeping again and trying to get his life back on track.

He also found himself reported for negligence at the hospital this week, after misdiagnosing Emma Brooker's ruptured appendix as food poisoning.

While Ali shared his hopes of reconciling with ex-Maria Connor, fans seem to like the idea of Toyah and Ali, especially as Maria seems to have moved on...

Could you see Toyah and Ali together? Let us know on our Facebook page @EntertaimentDailyFix.