Soap favourite Ken Barlow turned 80 last night, and his Coronation Street friends all gathered around to help him celebrate. 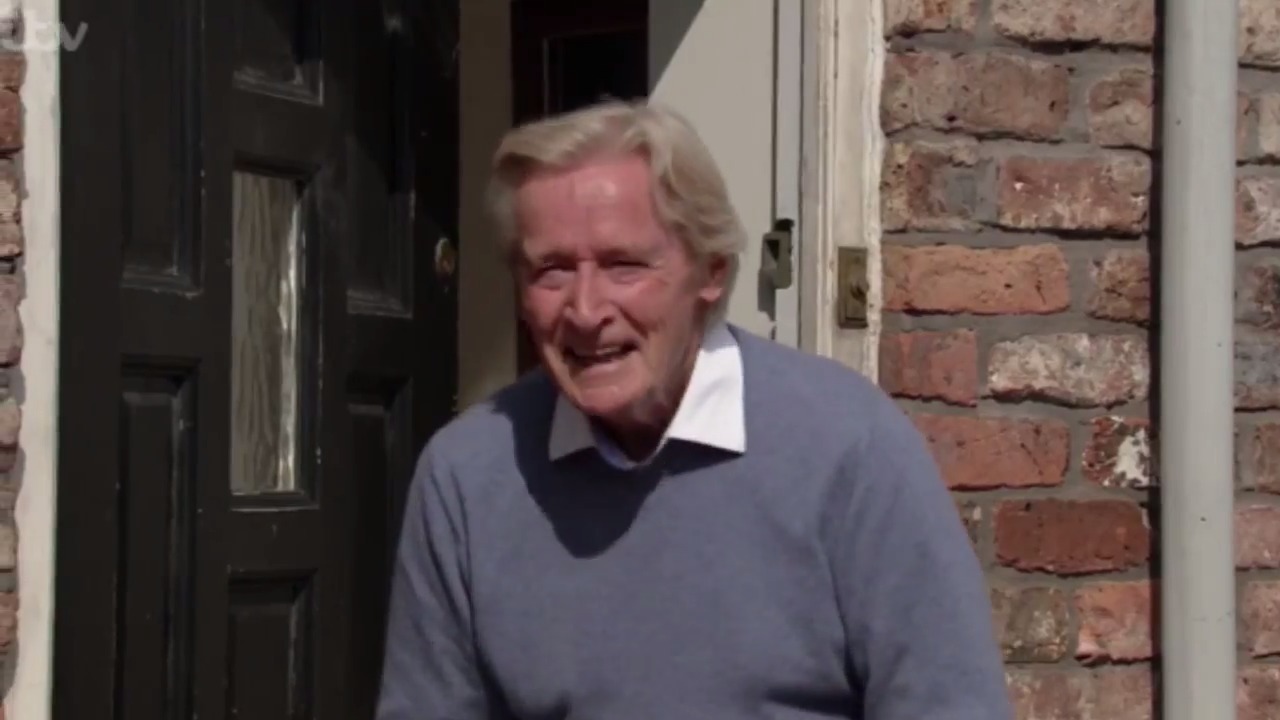 Ken was thrilled to be serenaded on his doorstep by three beautiful ladies (Credit: ITV)

Adam Barlow was also there as the three women sang '80 years today' to the Weatherfield legend, who was thrilled to be serenaded on his doorstep.

Rita joked: "Step back Adam, we're going to give your dad the bumps."

To which he joked: "I'll handle the compensation claim." Rita, Claudia and Audrey turned up with a song and a bottle of bubbles (Credit: ITV)

Rita then asked Ken: "Well, are you going to let us in? It's fizz o'clock."

But fans were left scratching their heads, as Adam is NOT Ken's son, he's his grandson.

Pretty sure Adam is Ken's grandson... not son.

A third didn't see the funny side, fuming: "Did Rita say Ken is Adam's dad? It's his grandad you silly bint! How the [bleep] do mistakes like this make it into the aired episode? Surely the actors know who their characters are, even if the writers don't #Corrie."

"Pretty sure Adam is Ken's grandson... not son," stated one more.

Writing on Coronation Street ITV Facebook fan page, one joked that it had been a "senior moment", and another added: "I don't blame her for being confused. I reckon Ken probably struggles to work out who's a kid or grandkid as well. Especially when he doesn't see them for about 10 years and then they all turn up together!" 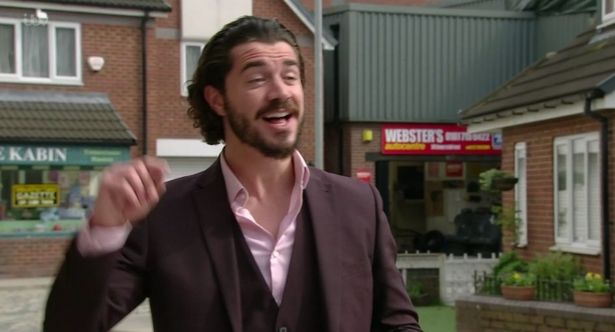 Even Adam forgot who he was in the birthday revelry (Credit: ITV)

Viewers know that Adam is the son of Mike Baldwin and Susan Barlow, and the grandson of Ken.

Ken has five children - long-lost son Lawrence Cunningham, from his marriage to Susan, twins Susan and Peter Barlow, adopted daughter Tracy and Daniel Osbourne, the product of an affair with Denise Osbourne.

In late 2016, Ken suffered a stroke, prompting his grandson Adam and son Daniel to make their way to Weatherfield to be with him.

Did you spot the mistake? Leave us a comment on our Facebook page @EntertainmentDailyFix and let us know what you think!