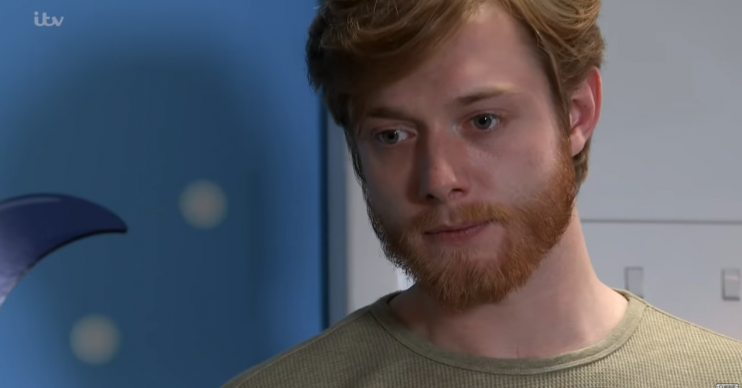 Daniel didn't take the little boy to have his jabs

Viewers of Coronation Street have struggled to find sympathy for Daniel Osbourne after his son Bertie was rushed to hospital with measles.

Monday’s episode (January 27 2020) saw Bertie fall ill and barely conscious in his cot, causing father Daniel to panic and call for help from brother Peter and the emergency services.

Earlier this month, viewers watched as Daniel took his young son to have his jabs done, only to take him away before they were finished because Bertie was in pain.

Yet fans weren’t filled with sympathy and kind thoughts for the widowed father of young Bertie, and in fact blamed him for his son’s illness.

No Daniel shouldn’t feel guilty. Bethany had nothing to do with Bertie being sick. Daniel should’ve gotten him all his shots so it’s on him. #Corrie

Whilst I agree with the provaccinate storyline, why does Daniel have to be sooo annoying. He’s constantly having a woe is me pity party. Does my head in #Corrie

Daniel really was an idiot not finishing Bertie’s jabs. Seriously just get your kids vaccinated, a few minutes crying or their life at risk in hospital. It’s not really a choice is it? #Corrie

It wasn’t just Daniel coming under fire, as viewers rolled their eyes at Bethany Platt rushing to the widower’s side in his hour of need.

Some viewers praised the soap for raising awareness of the importance of vaccinations. One Twitter user wrote: “This is why it’s so so important to make sure your baby has all their vaccines when they’re due!

“A tiny cry, to save a life is always worth it! The vaccines were the worst when I took my children, but it protects them!”

Another added: “Thank God Coronation Street is showing the importance of child vaccinations.”

The official Coronation Street Twitter account has also offered support for those affected by the storyline of Bertie’s vaccinations.

If you’ve been affected by Daniel and Bertie’s story, please visit: https://t.co/4YvJ8pBeiM

Find out if everything is going to be okay at 8.30pm.#Corrie #Daniel #Bertie #Beth #Peter pic.twitter.com/rm15TAiqCH

Some keen viewers of the programme were quick to guess the connection between Bertie’s illness and why pregnant Maria has been feeling under the weather.

It’s likely to be more than just morning sickness with the second episode of the night revealing the severity of her symptoms.

this is genuinely so important!! the way they’ve not only shown it in baby bertie but are showing the symptoms in a pregnant maria as well is very cleverly done by #corrie👏🏼 https://t.co/mhQJkS3OZe

Actress Samia Longchambon, who plays Maria, has come out in support of vaccinations ahead of the Maria measles storyline airing.

The actress said: “Obviously it is a personal decision but it can have a snowball effect so it is really important to show that.”

What are your thoughts on the Bertie vaccination drama? Leave us a comment on our Facebook page @entertainmentdailyfix and let us know what you think of this story?