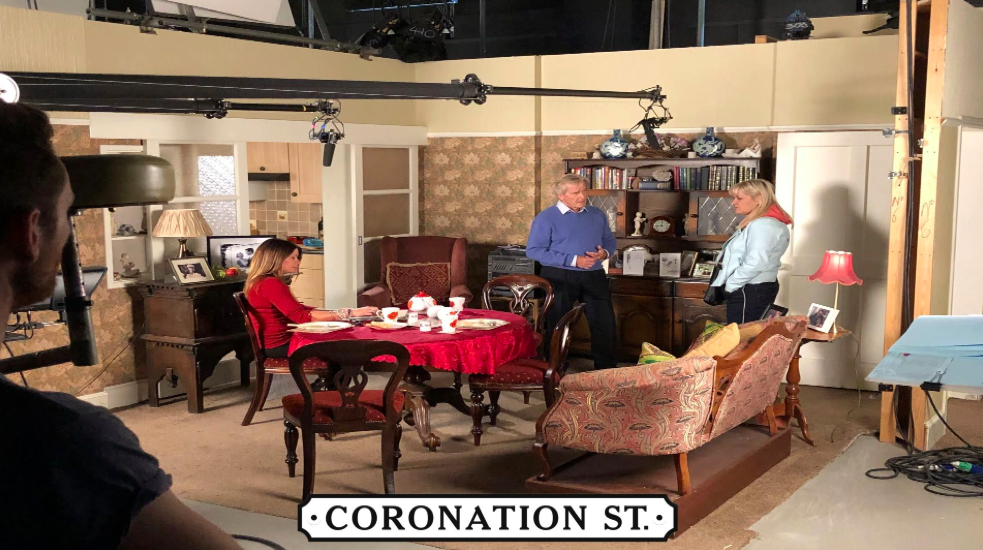 The sympathy cards can be seen on Ken's wall unit (Credit: ITV/Twitter)

A picture posted of Ken Barlow, Beth Tinker and Carla Connor in the Barlow family living room revealed a host of 'in sympathy' cards on the sideboard.

At first fans thought they were left over birthday cards for Ken's upcoming 80th celebrations, but after closer inspection they realised they are sympathy cards.

Another agreed writing: "They're sympathy cards."

There is also a touching black and white picture of Daniel and Sinead's wedding day behind Carla.

It was recently revealed how Sinead's cancer would return later this year and she be given the heartbreaking news that there is nothing doctors can do to save her. 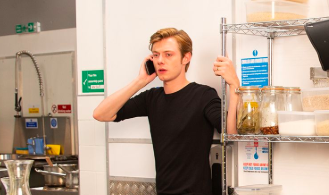 Daniel will have to cope without Sinead (Credit: ITV)

Instead she will be told to decide whether she wants to die at home or in a hospice in scenes that are sure to leave viewers in tears.

A source told The Sun: "From her two rocky relationships to the mini-bus crash, she's been in some of Corrie's most captivating storylines.

Actress Katie McGlynn previously confirmed she had not quit the soap, amid a host of departures of fan favourites.

Lucy Fallon, Kym Marsh and Tristan Gemmill will all leave the show, alongside Faye Brookes, with Connie Hyde and Bhavna Limbachia already having left. Brooke Vincent and Julia Goulding will also leave temporarily as they go on maternity leave but they are both expected to return in the new year.

Will you miss Sinead on the cobbles? Leave us a comment on our Facebook page @EntertainmentDailyFix and let us know what you think!