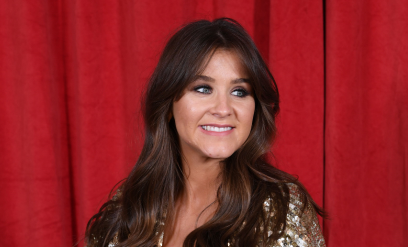 Brooke Vincent has given birth to her first child, the Coronation Street star has announced.

The soap fave shared her happy news alongside a picture of the baby, who she shares with partner, Sheffield United football player Kean Bryan.

Alongside a snap of the newborn lying on her chest, Brooke wrote: “On Wednesday 23rd October at 8.14am Our Baby Boy Arrived. Mexx S J Bryan, you complete us.”

On Wednesday 23rd October at 8.14am Our Baby Boy Arrived. Mexx S J Bryan, you complete us 🌍💙

Fans have congratulated the couple on their arrival.

On Wednesday 23rd October at 8.14am Our Baby Boy Arrived.

A third added: “Congratulations so happy for you, you will be amazing parents.”

Lucy Fallon commented: “My heart,” followed by a string of blue heart emojis.

Hopefully this will be the last picture ft a baby bump. Thank You @clgh2301 for a lovely day!! It was very cute & very kind of you! Here’s to our new babies @kateston ✨💛🍼

Emmerdale star Charley Webb gushed: “He’s one of the cutest bambino’s I ever did see.”

On September 22, Brooke teased that the tot’s arrival wasn’t far off, as she shared a picture suggesting it would be the last one of her featuring a bump.

The actress went on maternity leave on August 21, and shared a sweet post revealing she was about to begin the biggest role of her life, as a mummy.

😭😭 I can’t believe 15 years ago I came onto the street to play “Sophie Webster” and today I left to play my biggest role yet “Mummy” my amazing family at Coronation Street I am going to miss you all so much💛 thank you for always looking after me, for keeping me on the straight and narrow and for letting me get away with murder over the years. Also @kean8 for making my last day extra special coming home to the best treats!! I really am super lucky!! 💛✨

Brooke, 27, recently revealed her baby bump was concealed by piles of ironing and bunches of shopping bags as she filmed her scenes as her bump developed.

When the ironing prop was pointed out to her by the Conversation Street Podcast, Brooke replied with a crying-with-laughter emoji: “I think I was hidden behind one of Dev’s shopping aisles in the end.”

Leave your congratulations for Brooke and Kean on our Facebook page @EntertainmentDailyFix.