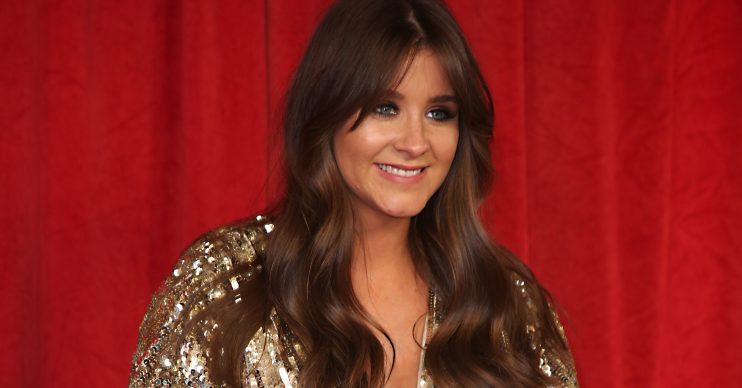 Brooke Vincent thanks fans admitting she feels overwhelmed by pregnancy

Star is expecting her first child

Coronation Street’s Brooke Vincent admits the changes her body has gone through during pregnancy have been “overwhelming” at times.

The 27-year-old actress – who has played Sophie Webster on the ITV soap since 2004 – is expecting her first child with her footballer boyfriend Kean Bryan.

She has openly admitted she has “struggled” at times with the side-effects as her bump has grown.

My Sunshine On A Rainy Day ☀️

Brooke also revealed the pressure of seeing other expectant mothers seemingly breezing through the trimesters if their social media accounts are to be believed.

Posting on her Instagram stories, she said: “I really struggled and still do with the day-to-day changes of pregnancy and I want people to know that as much as it’s nice to hear such lovely comments about my pictures that they are professional or I’ve been stood there for 10 mins trying to get a good picture!”

“Pregnancy can be so overwhelming especially when you don’t feel amazing and see girls on Instagram looking like they are breezing through it!

“With the pressure of social media, and the natural worries of growing a baby I just want to let you know that I feel ya!!! (sic)”

My face when I found pants that fit over my bump😏🌺

Brooke’s empowering post comes after the soap star previously opened up about how pregnancy has removed some of her previous body hang-ups.

She admitted it now takes her up to an hour to find something to wear because of her big bump.

She said: “It’s very strange having pictures taken and not breathing in because you’re so used to doing it and standing a certain way.

“I think people underestimate how pregnancy makes you feel or how much you change. Your entire body changes. It’s a whole new experience but it’s nice having the challenge to find things that fit.

“Sometimes it takes me an hour to find something to wear.”