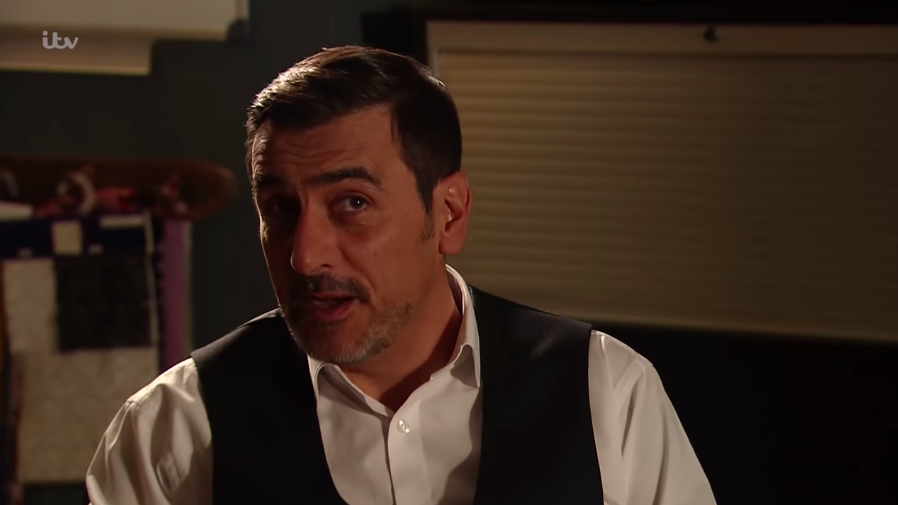 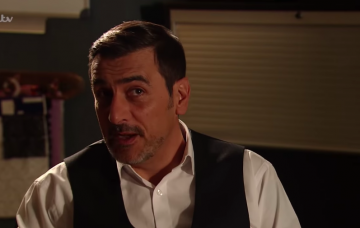 He's been on our screens for 19 years, but how much do we know about him?

We all know Chris Gascoyne as Peter Barlow from Coronation Street.

Peter has had some hard-hitting storylines including dealing with alcoholism, being wrongly imprisoned for murder, and the loss of his unborn child.

Here are 10 facts about the actor who has played Peter for the last 19 years:

1. Chris is the seventh actor to play Peter Barlow

Chris was not the first actor to play Peter Barlow, in fact he was the seventh. He joined the cast of Coronation Street as Peter in 2000 and has played the character ever since.

Chris turned to Buddhism after struggling with emotional pressure after some tough storylines on Corrie.

He revealed to The Mirror: “The storylines were fantastic and I loved doing it, but I lost myself.”

He booked himself time off in a Buddhist retreat in the remote Highlands of Scotland where there was no TV or contact with the outside world.

Once there, he was expected to help with chores, follow a vegan diet, and when he had free time he would go for walks and swims in the lake.

3. He lost his driving licence for drink driving

In 2008 he lost his driving licence for 12 months and was fined £500 after being stopped by traffic officers whilst driving home from a nightclub. He was found to be over the legal limit.

He had drunk three and a half pints after playing Captain Hook in the Peter Pan panto in Llandudno.

Chris admitted to the offences and apologised to his fans saying: “I made a mistake. I admitted it then and I admit it now, and I got what I expected.”

He later went on to say: “I just want to say I apologise and I have put it down to experience.”

He has acted in numerous TV dramas including Starting Out, Between the Lines and Murdoch Mysteries  and he’s even appeared in Casualty.

He played Barry Kent in the The Secret Diary of Adrian Mole. His character was the school bully who use to beat up main character Adrian in exchange for money.

In 2006, Chris joined the cast of BBC legal drama series New Street Law as Al Ware. The show stopped after two series in 2007.

5. He’s learnt from his on-screen son

Chris’ revealed in 2013 he learns from his on-screen son Simon Barlow, played by Alex Bain.

Speaking to Inside soap he said: “I’ve learned so much just watching Alex. I’ve learned not to over complicate things, which us adults do in scenes which should be simple.”

Alex has played Simon since 2008 and won The Best Young Performance award in 2011 at The British Soap Awards, and at the 2012 Inside Soap Awards.

6. Chris’s wife is an actress

Chris has three children with wife Caroline Harding, who he married in 2002.

Caroline is also an actress, appearing in Coronation Street as a consultant in 2015.

She has also made multiple appearances in different soaps as different characters.

7. Chris is actually good friends with his Corrie enemy

We all know Peter Barlow and Nick Tilsley are far from friends in the ITV soap, but it turns out the actors are good friends.

In 2012, Ben Price who plays Nick told What’s On TV that he believes his friendship with Chris improves their on-screen rivalry.

Ben said: “We joke with each other.

“We talk about the scenes a lot. Me and Chris have spent a lot of time working together.”

He went on to say “I think actually, because we get on so well, that’s probably what makes it work.”

8. Chris has revealed how he wants Peter Barlow to be killed off

Chris told What’s On TV last year: “If they say to me next year: ‘We’re going to write Peter out’ or I say ‘I’ve had enough’ then I think that’s the story we’d have to do, where he basically drinks himself to death.

9. All of his tattoos are real

All of the tattoo’s we see on Peter Barlow are not part of his character.

In an interview with Manchester Gossip when asked about his tattoo’s, Chris said: “They’re all real. Most of them I had done when I was young. They fit well with the character as Peter Barlow was in the Navy.

“The first tattoo I had was a panther’s head with my name written under it. The tattooist said ‘Oops, sorry mate I’ve [bleep].’ He had written ‘CHIS’ instead of ‘CHRIS’! He squeezed an ‘R’ in which looked rubbish so I had another black panther on top of it to cover it up. I don’t regret them, I don’t really think about them anymore.”

10. He worked as a delivery driver before he started acting

When asked by Manchester Gossip what his worst job was prior to acting, Chris revealed it to working as a pizza delivery driver.

He said he used 40 cc scooter and that “the helmet didn’t fit – when I looked left the helmet stayed where it was. Delivering pepperoni passion 9 flights up for £1.50 an hour with no tips. People complained it was too cold and some tried to rob me.”