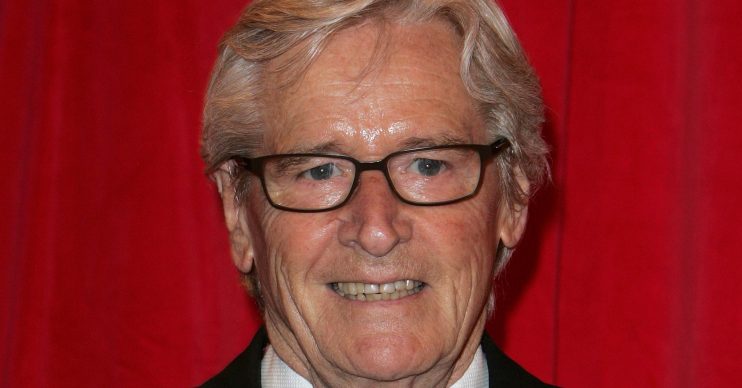 The Ken Barlow actor led a meditation session on This Morning

Coronation Street’s William Roache worried This Morning viewers due to his cough as he taught them a simple meditation technique to deal with coronavirus stress and fears.

The Coronation Street actor was on the show because he has been practising meditation for around four decades.

William was calling from self-isolation in his house, because at 87 he is considered ‘high risk’.

He told people watching the ITV daytime show on Monday (March 23) that “fear is only a lack of love”.

He then went on to lead hosts Phillip Schofield and Holly Willoughby through the meditation process.

The Coronation Street actor said: “To get yourself into a quiet state, a peaceful state, this is what I do.

“I find a place – and I’m actually sitting in it now in my conservatory – where you know it’s peaceful and quiet, you’re not going to be interrupted, turn off your phones and your iPad.

“You’re going to have a break, and as you walk towards that place, leave all the cares and worries and fears behind.

“You’ve going to have a tea break from life. You get to this place, you need a chair that you can sit upright but comfortably in. You sit down, and you can’t not think.

While William was on screen to help keep viewers calm, his appearance had the opposite affect on some!

They were left shocked because the actor started coughing live on air.

He cleared his throat and put his hand to his mouth as he coughed.

Phil asked him: “Are you all right?”

Bill replied that he was, but fans at home were also concerned about the cough and mentioned it on Twitter.

That’s a nasty cough you have their bill #thismorning

#ThisMorning Bill Roache going against the government by having daughter AND grandchildren at his house, and then he starts coughing!! #Covoid19 #government #spreadthecorona #selfisolation #spreadthelove

When Ken Barlow comes on to talk about relaxation during the Coronavirus crisis and then starts coughing #ThisMorning pic.twitter.com/ZSfC6hr5Lh

The 87-year-old star wanted to stress that taking care of your mental health is similarly as important as drinking water, getting enough sleep and eating the right things.

Opening up on other issues, he explained: “Mainly, the life we’ve been living in the world today has been full of stress.”

He then went on to add: “That’s one hard thing to deal with, and of course in the current situation, there’s fear.

“So those two things are pretty difficult to deal with, and meditation is a discipline whereby you learn to only think about what you wish to think about and get into your inner true, loving self and radiate that out.”

He bumped into old friend Norris at the complex, but Norris isn’t happy there.

Yesterday (Sunday, March 23) Coronation Street announced it had stopped filming as a result of the coronavirus outbreak.

Emmerdale also revealed it had taken the same decision.

The Yorkshire-set soap is consequently reducing its transmission pattern from six episodes a week to three episodes to ensure they have enough to screen through to summer.