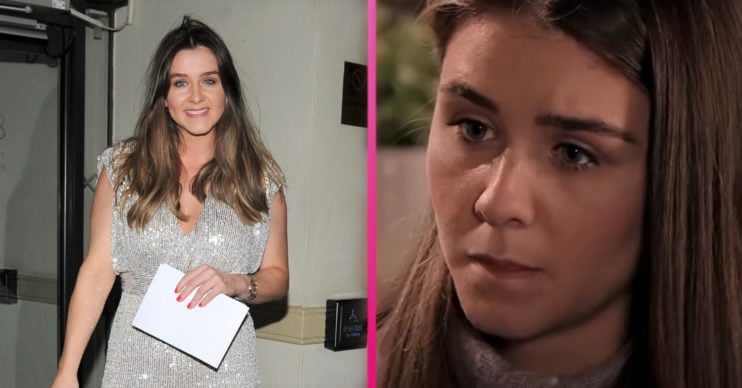 Coronation Street: Will Brooke Vincent ever return as Sophie Webster?

Brooke has played Sophie since 2004

Coronation Street star Brooke Vincent recently announced she is pregnant with her second child, a year after giving birth to her first baby Mexx.

Last year, Brooke went on maternity leave from Corrie, where she plays Sophie Webster, to give birth to her son Mexx.

And this week, Brooke revealed the exciting news about her second child in an interview with OK!

In the interview she also spoke about coming back to the ITV soap in the future.

Will Brooke Vincent ever return to Coronation Street?

When asked if she had plans to return to Coronation Street, Brooke told the publication: “I do, but I’ve been in Corrie from the age of 11, so I feel like it’s a natural break for me to have – having kids and being a mum. It goes to quick.

“Mexx is one and I don’t know where the time has gone. I would really regret not being at home with them as much as I can be. While I can stay off work I’m going to.”

Where is Sophie Webster in Coronation Street?

Whilst Brooke is on maternity, her character is off-screen travelling.

Last month, Brooke returned to the set of the ITV soap. However she didn’t say the reason for her return.

Has Brooke revealed the gender of her second baby?

Brooke and Kean have decided they want the gender of their baby to be a surprise.

When asked if she would like a girl this time around, she said: “Everyone says this, but I think it’s more magnified when you’re actually having a baby that you just want them to be healthy, so I really don’t mind. I didn’t mind with Mexx either.

“I’m happy with whatever I’m given. Mex is the best little thing in the world so if I get another boy, fabulous, if I get a girl and she’s like me, then we’re going to have chaos.”

Brooke found out she was pregnant at five weeks and whilst she’s going to have two children under the age of two, the actress has revealed she’s “quite chilled about it.”