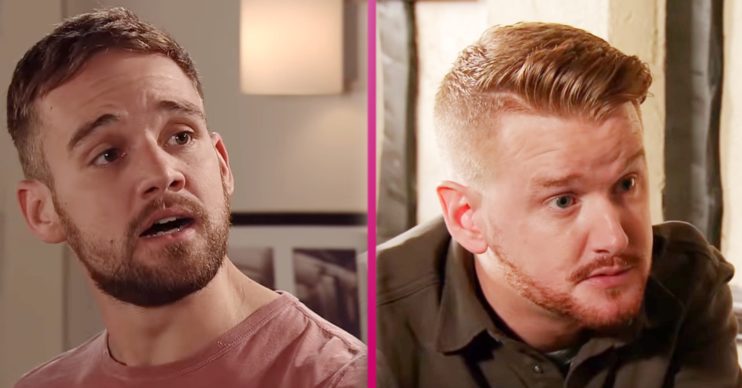 Coronation Street: Why has Ali gone to prison for four months?

Coronation Street viewers were shocked as Dr Ali Neeson was sent to prison off-screen in tonight’s episode (Friday, September 4) and many have forgotten why.

In the visit to the cobbles, Ryan came into Speed Daal to find a distressed Alya with Geoff and Tim.

After taking Alya back home, Ryan revealed to his girlfriend that his brother Ali had received a sentence of four months in prison for assaulting Gary Windass.

Alya was shocked to hear the news. And so were viewers.

asked Mum what happened with Ally and she was like “he beat up @GaryBarlow .. i mean Windass”🤣🤣🤣🤣 creasing🤣🤣🤣🤣 @itvcorrie #CoronationStreet #Corrie

When Ali gets four months in prison for punching a killer, but you don’t get any prison time for stealing £80k from your gran#corrie pic.twitter.com/UTRGdIFcCH

Ali is in Prison! His hair will get parole! #Corrie

Kept that in the dark Ali gone to jail #Corrie

Ali is in prison?!?! 😢😢😢 #Corrie #CoronationStreet

Coronation Street: Why has Ali gone to prison?

Earlier this year, Ali was in a love triangle with Maria and Gary.

When Ali found out Gary was a loan shark, he tried to warn Maria about her new boyfriend.

Gary and Ali definitely weren’t the best of friends but after Ali freaked Maria when he kidnapped her, Gary warned Ali to keep away.

But Gary went a step further and reported the doctors drug problems.

In a rage, Ali ended up beating up Gary on the street and Steve and Ryan. had to pull him off

After this, Ali decided to leave the cobbles and was last on screen in March.

Whilst Ali may be in prison, he’s suspicions about Gary are correct.

Recently Sarah found out about Gary’s crime and agreed to keep it quiet. And despite gary admitting to Sarah that he still loved her, he went on to marry fiance Maria anyway.

Currently Maria and Gary are away on their honeymoon. But what will Maria think when she she finds out Ali has been put in prison?

What do you think about Ali going to prison? Leave us a comment on our Facebook page @EntertainmentDailyFix and let us know what you think of this story.