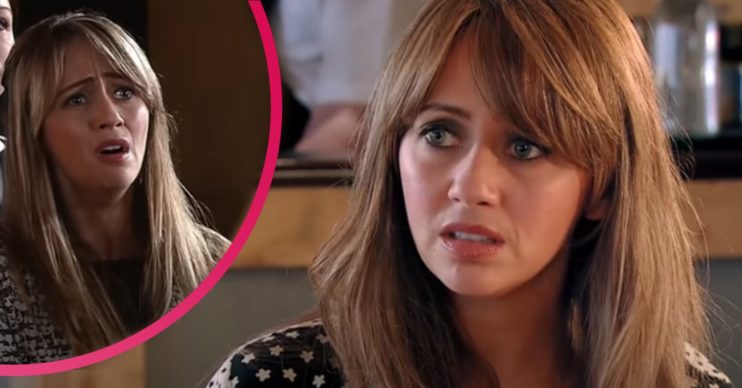 Coronation Street: Why did Maria Connor go to prison in 2016?

Maria went to prison for a few months

Coronation Street character Maria Connor has been a part of the show for 20 years. However one of her most memorable storylines in 2016 saw her go to prison.

In last night’s Corrie (Monday December 15) Gary asked Maria to act as an alibi for the night before when Adam was attacked.

Maria told her husband she couldn’t risk going to prison again. However she did decide to lie to the police, saying that she and Gary were together when Adam was attacked.

But why did Maria go to prison in the past?

Coronation Street: Why did Maria Connor go to prison?

In 2016, Kate Connor and her girlfriend Caz Hammond broke up.

Feeling bad for Caz, Maria agreed to let her stay in her flat with her, her boyfriend at the time Luke and her son Liam Connor Jr.

But when Caz’s presence caused Maria and Luke to split she asked Caz to leave.

When Maria refused to let her move back in, Caz sent a burglar into the flat to scare the hairdresser.

Caz started to fall for Maria, but when Maria told her she wasn’t interested in her, she used Maria’s credit card to buy a mobile phone in order to send herself abusive messages.

One day when Maria returned home she was horrified to find blood splattered on the wall and Caz missing. Kate revealed she had been left a distressing voicemail from her ex-girlfriend.

Investigators immediately believed Maria killed Caz and hid her body. However Caz was in a bedsit, spying on Maria through a webcam.

When Maria was facing the murder trial, Kate’s brother Aidan spotted Caz in the factory but she escaped.

A few days later Kate realised that Caz was spying on Maria’s flat and she told Aidan she still loved her ex. Caz paid Kate a visit hoping they could get back together. But when Caz learned it was a ploy to trap her she attacked Kate.

Aidan soon rescued his sister and Caz was arrested.

However whilst Maria was cleared for the non-murder of Caz, the hairdresser confessed to marrying Pablo Duarte to help him remain in the country.

Maria met Pablo in Cyprus. They ended up marrying and flew over to England on separate flights, so he would not be spotted by Maria’s boyfriend Luke.

Later Maria and Pablo met back up and Luke was devastated to see them together.

However she told Luke that Pablo is gay and they only married so he can stay in England.

When the truth about Maria and Pablo’s marriage being fake came out, she was sentenced to 12 months in prison.