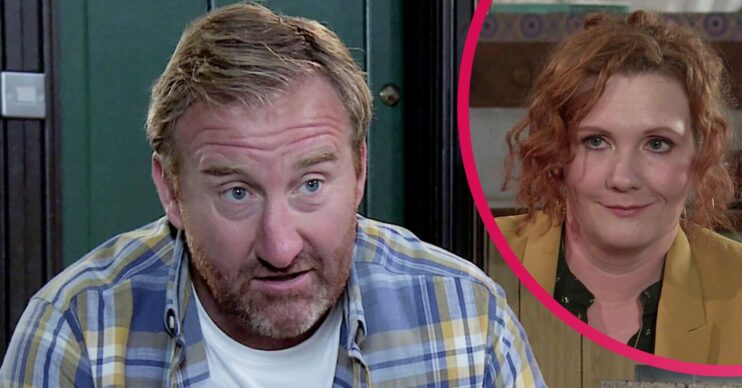 Coronation Street: Who is Fiz’s boyfriend Phill? Is he dodgy?

He seems too good to be true...

He’s kind, considerate and is even polite and caring towards girlfriend Fiz’s ex, Tyrone Dobbs.

And in tonight’s episode (Wednesday November 16) he even offered to whisk Ty’s family off to Aviemore for Christmas.

But is it all a little bit too much? Fans are convinced Phill’s a secret villain, however many of them are desperate for it not to be true.

They have begged the soap to keep him nice and give Fiz some happiness at last. Can we see it happening? Er, unlikely…

Tyrone certainly doesn’t think Phill is all he seems, and now viewers are predicting that Phill isn’t as wholesome and good as he looks.

One said: “The way nobody is allowed to be happy in Corrie. I doubt it. Phill is probably a mass murderer.”

A second said: “Phill ain’t gonna be as innocent as they are making him out to be.”

A third added: “This Phil gives me bad vibes.”

What are Phill’s plans for Christmas?

Tyrone decided he needed to make an effort with Phill for the family’s sake tonight. So he and Fiz’s fella went for lunch in Roy’s Rolls.

Phill had a proposition for Ty: after the tough year the girls have had, he wanted to take them to a cabin in Aviemore for Christmas. He raved about how they’d meet Santa and it would be amazing.

Tyrone was forced to agree and he hid his heartbreak as he tried to stay positive about being away from Hope and Ruby for Christmas.

Phill was thrilled Ty agreed and set about making plans.

Is Phill dodgy in Coronation Street?

So far it seems he really is just a nice guy – and fans are desperate for it to stay that way.

One begged: “Please don’t make Phil too good to be true.”

“I hope Corrie bosses don’t go down that same old route and end up making Phil a bad guy,” added a second.

A third agreed: “I like Phill, just hope that he really is a decent guy and continues to treat Fiz well and doesn’t have some ulterior motive.”

“PLEASE can Fizz stay with Phill? Not to spite Tyrone but just because they’re really good together. Great chemistry!” said someone else.

Another felt the same: “I hope Fizz and Phill stay together, he seems like a really nice man.” 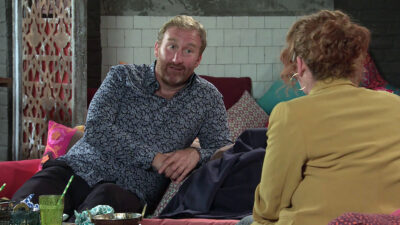 When did Phill first appear in Corrie?

Phill first appeared back in July when he came into the furniture shop and suggested to Fiz that they go for a drink.

They went for a date in Speed Daal and instantly hit it off. Tyrone called in for a takeaway and was put out to see Fiz enjoying her evening with Phill.

Jamie has had roles in The Bill, EastEnders, Doctors, Silent Witness and Mount Pleasant.

Do Phill and Fiz stay together?

Corrie fans are keen for Fiz and Tyrone to reunite. Some even think Phill is set for an affair with Maria!

Fiz will also have to contend with Phill’s mum in upcoming scenes. Speaking to Inside Soap about the new character, Jennie McAlpine, who plays Fiz said:

“Phill seems like a great character, but we are going to meet his mother – and her dog!

“She offers Fiz lunch but says, ‘You can’t have a slice of chicken because that’s for the dog’. This is the kind of thing Fiz is up against!”

And Christmas spoilers have revealed Fiz and Phill will take pity on Ty and invite him to spend the big day with them and the girls.

But with the festive cheer flowing Tyrone takes it too far and kisses Fiz. Will she respond? Or is she really and truly done with her ex this time?

Do you think Phill in Coronation Street is a wrong un? Leave us a comment on our Facebook page @EntertainmentDailyFix and let us know what you think of these spoilers.