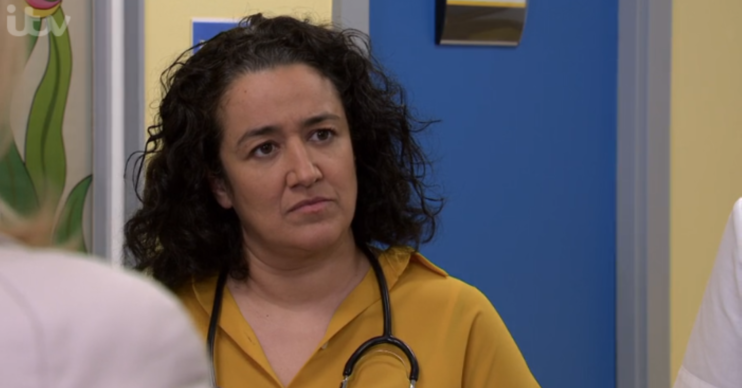 Coronation Street: Where do you know Oliver’s doctor from? Who plays Dr Ward?

The actress has made appearances in numerous TV shows

In the latest Coronation Street storyline, Leanne and Steve will face every parent’s worst nightmare as they find out their son Oliver has a life-changing illness.

The little boy will be diagnosed with mitochondrial disease leaving his family devastated.

In last night’s episode (Wednesday, May 13) the toddler was rushed to hospital after having another seizure.

Whilst at the hospital, Oliver was being taken care of by nurse and fellow cobbles resident Aggie Bailey as well as Dr Ward. But why does the doc look so familiar?

What TV shows has Zita been in?

Zita has made appearances in numerous TV shows and dramas.

Between 2001 and 2003 she played staff nurse Anna Paul in Casualty. Still playing Anna, she appeared in the medical drama’s sister show Holby City in 2002.

Zita made another appearance in The Bill in 2010 playing a different character. That same year, she played Neelam in the film West is West.

In 2015, she played Amita in Mount Pleasant for eight episodes, and in 2017, she joined The Worst Witch cast as Miss Tapioca.

You also may recognise her from her appearances in Doctors, Vera and Call The Midwife.

What’s next for Oliver?

In next week’s episodes, Oliver is sedated and taken for a brain scan and genetic blood tests.

As Steve and Leanne cling to each other for support, they are told his condition could be more serious than they originally thought – he could have mitochondrial disease.

Steve and Leanne keep vigil at Oliver’s bedside. But Steve is upbeat after researching the condition online and finding out some people have full and normal lives.

However, he later loses his rag when the doctor wants to run more tests and demands to know if his son is going to live or die.

As Steve and Leanne jokingly reminisce over Oliver’s childhood, Nick is annoyed and wants them to take things more seriously.

Leanne soon apologises to Nick but confides in Toyah she’s terrified for her son.

Did you recognise Dr Ward? Leave us a comment on our Facebook page @EntertainmentDailyFix and let us know what you think of this story