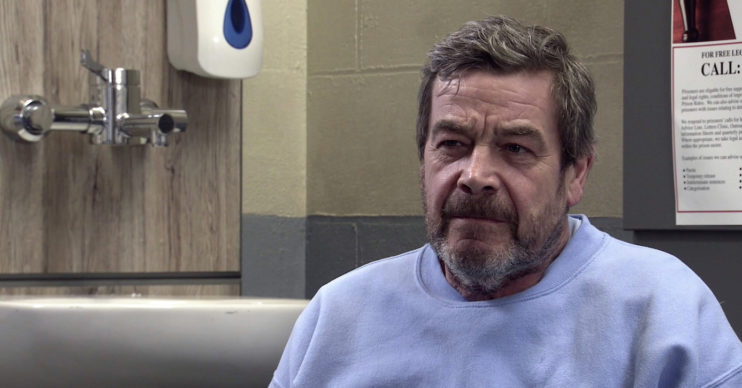 Johnny was diagnosed with the condition

Over the last few months, Johnny’s MS has started to get worse, especially after going to prison. His eyesight has also started to deteriorate.

But more recently he began having hallucinations. He started seeing cockroaches and mice as well as seeing his late son Aidan.

However in tonight’s visit to Weatherfield, Johnny was told he has Charles Bonnet syndrome by the prison doctor. But what is it?

Charles Bonnet syndrome causes a person whose vision has started to deteriorate to see things that aren’t real (hallucinations).

According to the NHS website, hallucinations may be simple patterns or detailed images of events, people or places. However they’re only visual and don’t involve hearing things or other sensations.

Hallucinations associated with Charles Bonnet syndrome are caused by failing eyesight and not mental health problems or dementia.

There are two types of hallucinations with the syndrome. These are simple repeated patterns or complex images of people, objects or landscapes.

Simple repeated patterns can take the form of grids, shapes or lines which can appear in bright or vivid colours.

Read more: Who plays Ray Crosby in Coronation Street? What else has Mark Frost been in?

As Johnny has been seeing insects, a ginger cat and Aidan, it’s thought he is having more complex hallucinations.

Coronation Street: What’s next for Johnny?

After his diagnosis, Jenny came to the prison to visit her husband.

He told her about his diagnosis. However he explained that he enjoys seeing Aidan.

Jenny masked her concern. But will Johnny accept medical help?

Coronation Street airs on Mondays and Wednesdays 7.30pm and 8.30pm. There is also an hour long episode at 7.30 on Fridays on ITV.