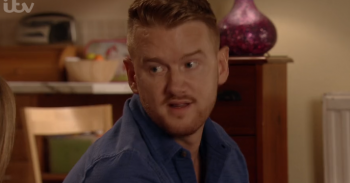 He's not winning any fans

Coronation Street viewers are pretty fed up with Gary Windass and think it’s about time he left the Street.

It was Seb’s 18th birthday and in order to prepare for his surprise party, Eileen got rid of Seb by telling him that Sarah was looking for him, with a special birthday treat.

Seb excitedly went to Sarah’s place to find a note saying she was waiting for him in the bath. Only the note was actually meant for Gary.

Sarah was mortified and chased Seb down the stairs, exclaiming that she had arranged for Seb to get his haircut at David’s barbers and that was the big surprise.

After Seb awkwardly apologised and left, Sarah decided to tell Gary what had happened and he was pretty cheesed off, even accusing Sarah of leading Seb on.

But Gary was not as cheesed off as viewers who thought he was being completely hypocritical getting angry at Sarah and Seb when it wasn’t all that long ago that he had a one-night stand with Nicola Rubenstein and got her pregnant behind Sarah’s back.

As Gary arrived at Seb’s birthday party and made things very uncomfortable, the truth eventually came out, with Seb’s girlfriend Faye Windass not impressed at all about his actions.

Fans at home have had just about enough of Gary though, and voiced their annoyance on Twitter. 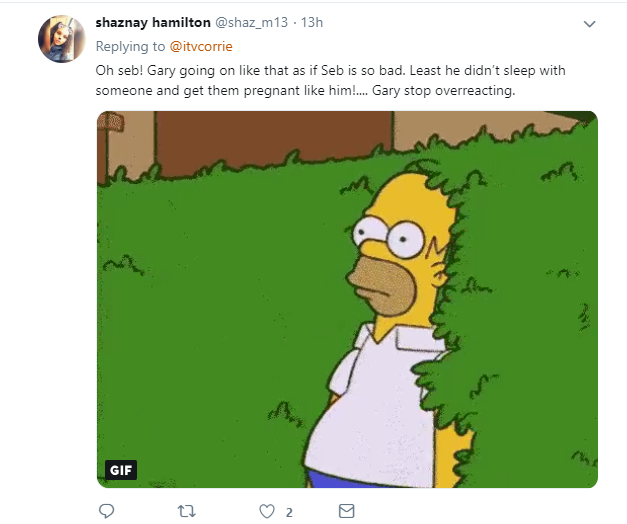 Gary is being talked about as the new super-villain set to rock the cobbles.

He’s due to fix the roof at the factory, but with Carla wanting to scrimp on the costs, will Gary’s shoddy workmanship be to blame for a death on the Street?

Things have been difficult between Sarah Gary recently, with her getting annoyed by his lack of funds and fed up he’s spending all his money on his love child, Zac.

She even flirted up a storm with Adam Barlow, leading him to try and kiss her.

Do you think Gary’s being a hypocrite? Leave us a comment on our Facebook page @EntertainmentDailyFix and let us know what you think!