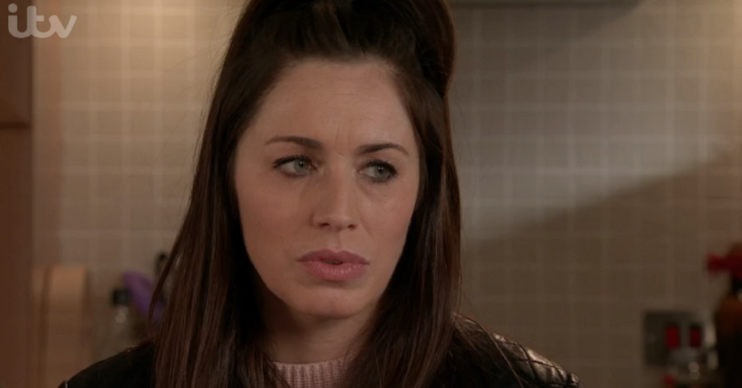 Coronation Street viewers terrified for Shona as she goes missing

Shona lost her memory after being shot

Fans of Coronation Street are terrified for Shona after she went missing last night (Friday, May 29).

Viewers know Shona is suffering from memory loss stemming from a brain injury and doesn’t remember her life on the cobbles.

Last night, she came to Weatherfield and discovered she did remember some things – like how to make tea at the Platts.

But things clearly became too much for Shona to handle and she asked: “Do you mind if I go outside?”

The social worker explained to Gail how Shona was struggling.

She told Gail: “Today’s been a bit full on for her so I wouldn’t be surprised if she was feeling wrung out. I should take her back soon.”

But as they realised they couldn’t hear Shona outside, the social worker asked if there was a gate in the garden.

Gail and the social worker rushed out – only to find Shona had disappeared.

As Sarah ran out of the house trying to find her she came to the cafe and had to tell David what had happened.

“Don’t be mad but mum’s lost Shona,” she said as the credits rolled.

But fans were terrified for vulnerable Shona being alone in Weatherfield.

A third said: “Oh no Shona has gone AWOL. #Corrie.”

Where has Shona gone?

Next week, the Platts worry and look for Shona after she disappeared.

Roy finds her outside of the cafe and it’s clear she doesn’t recognise him. After he takes her inside, David’s relieved to find her with Roy and is soon struck with an idea.

Roy invites his former employee to come and live in the flat with him and Nina. He offers to show her and Alice around the flat, but when the buzzer on the oven goes off, Shona gets up and reaches inside with her bare hands.

Later, at the rehab centre, Roy and David pay her a visit.

Shona confirms she wants to live with Roy. But will David be able to win her round?