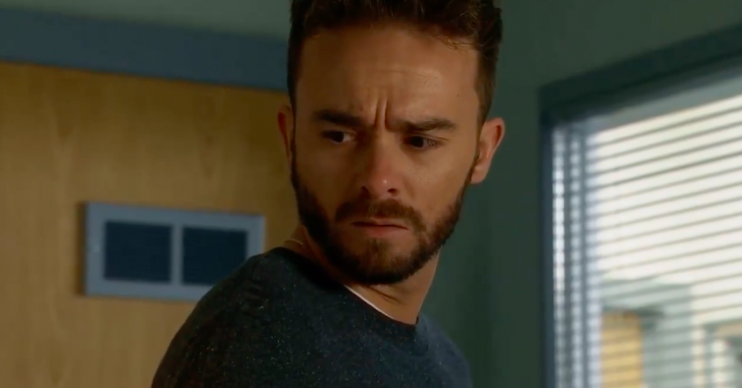 David's chance of a happy ending has been ruined again

Coronation Street fans are in tears after David Platt was told wife Shona was brain dead.

Hairdresser David has inherited the Platt family curse of doomed spouses having already lost wife Kylie when she was stabbed to death in front of him.

Now he is set for more heartache after Shona was shot over Christmas and hospitalised.

She was due to have a life-saving operation earlier this week but suffered an attack and is now in a coma.

But last night the doctors had bad news for David when they tried to remove Shona’s breathing tube to see whether she could live without the life support machine.

The doctor told him: “We’ve had to reattach your wife’s breathing tube as she’s unable to breathe without the ventilator.

“We need to do a few more checks but if the brain has been starved of oxygen for too long then your wife may never regain consciousness.”

And later it seemed like the worst had happened when the consultant ran tests on Shona’s brain that showed there was no activity.

She told David: “The tests I performed on Shona earlier indicated little to no brain activity. All I can advise at the minute is to hope for the best but prepare for the worst. I’m very sorry it’s not better news.”

The news had viewers in tears and they worried David wouldn’t cope with losing another wife.

One said: “#Corrie Surely Shona can’t make a miraculous recovery? Is David going the way of Gail with spouses that die in strange circumstances every other year or at Christmas?”

A second said: “#Corrie if David loses another wife I’m done. So many characters that need shooting other than Shona.”

A third said: “Oh my god #Corrie got me sobbing like a baby ! First Michelle leaving and then David with Shona ! 😭”

Actress Julia Goulding will soon be going on maternity leave, but could it be a permanent exit?