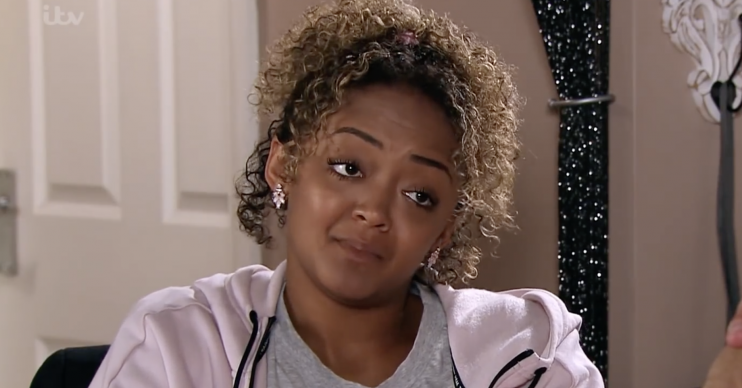 Her behaviour has not made her popular

The popular character is usually beloved by viewers, but this week she has annoyed them with her behaviour.

She dumped Seb after suspecting he still has feelings for Alina – but then demanded he move out immediately.

Emma even began destroying his property in an effort to kick him out, despite the fact he had paid rent.

She threw his expensive games console out of the window like a petulant child.

And she made the decision to put Ken’s dog Eccles to sleep at the vet, landing him with a £1,000 bill.

All in all fans, have grown tired of Emma over the week and miss the days when she was fun-loving and popular.

One asked the question on Digital Spy forums.

They wrote: “This week I have not cared for how they have portrayed Emma.

What do fans think?

“It really shouldn’t have been Emma who ended up being with Eccles and having to make the decision.”

A second said: “They seemed to try and make Emma into a victim (or at least really lay it on thick) from when her Dad died onwards.

“Shame as she was a good character.

“They really need to get her back in the salon with Maria, David and Audrey.”

A third said: “I agree with what has been said, she needs to return to her cheery self, stop being a doormat and share scenes with Audrey, Maria and David in the salon.

“The barber shop has been a failure since day one.”

A fourth said: “You are spot on with the thread title OP, they are spoiling a good character, one of the brightest jewels in their crown, and it needs addressing very quickly before they ruin her beyond repair!”

A fifth said: “I went from feeling sorry for her because of how Ken and Tracy were blaming her for Eccles, to being really angry with her for throwing Seb’s stuff out of the window!”

What do you think of Emma now? Leave us a comment on our Facebook page @EntertainmentDailyFix and let us know what you think!