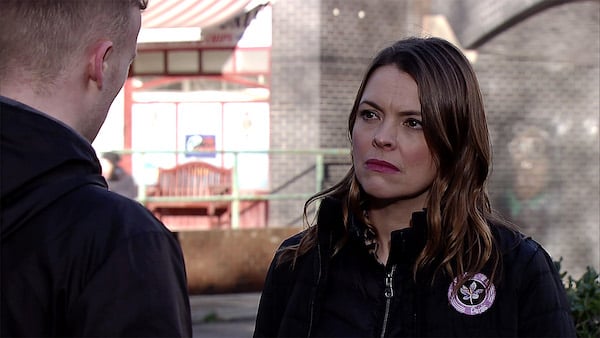 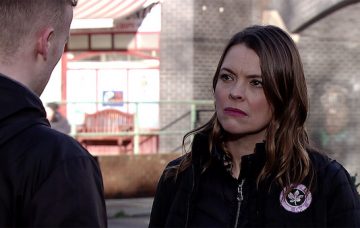 One called it 'highlight of that episode', others hated it

Corrie viewers are divided by the use of the word ‘mingebag’ in Monday night’s episode.

Viewers saw Tracy, Steve and Amy go to Speed Dahl for a meal to celebrate their new home and impending baby arrival.

As the family were about to order food, Sophie let them know it was two for one on meals.

Steve pretended to looked shocked and said: “Is it?”

Tracy turned to her husband and said: “You mingebag, you knew that. The Bistro wasn’t fully booked at all!”

He didn’t seem surprised by the name-calling from his wife and simply replied: “Yeah, well it means we get to eat more food.”

The use of the word has divided Corrie fans, though…

I was feeling a bit down, but then Tracy called Steve a mingebag, so #corrie

#Corrie have stepped it up, Tracey Barlow just called Steve a ‘mingebag’ #superb 🤗

However, other viewers didn’t seem to find the word funny.

Although the family were there to celebrate the house and new arrival, their daughter Amy is hiding the fact she had an abortion.

Last month, the school girl broke the news to her family that she was pregnant.

Although she originally wanted an abortion, the teen changed her mind and decided to keep the baby.

Tracy and Steve found out that the father was gang member Tyler Jeffries and Tracy tried everything to keep him and his mum Vicki away from her daughter and the baby.

After Tracy tried to bribe Tyler to stay away, he refused and she ended up reporting him to the police for statutory rape.

Before Amy entered the police station she ran off and eventually ran into Tyler in the Urban Garden. He apologised for the way he treated her and told her didn’t want to be a dad.

Read More: Coronation Street SPOILER: Sarah and Seb get it on?

Amy changed her mind again, deciding to have an abortion, and she was supported by Bethany Platt.

When she arrived home she couldn’t face telling her parents the truth and they believe Amy is still expecting.

Leave us a comment on our Facebook page @EntertainmentDailyFix and let us know what you think ofTracy’s language!