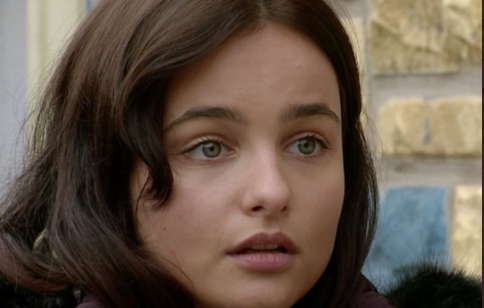 Viewers of Coronation Street are overjoyed Alina Pop has returned to the cobbles.

Alina was last seen back in August after she had been rescued from human traffickers and decided to make her way back to Romania.

However in tonight’s episode (December 23 2019), she arrived back on the cobbles looking for Seb.

Fans were overjoyed to see Alina back in Weatherfield.

But others fear for Emma…

Uh oh, is there going to be a love triangle between Seb, Emma and Alina? #Corrie

When she got no answer from Seb’s front door, she asked Amy Barlow if he still lived there.

Clearly disappointed, Alina left the Street, but Amy later confessed to Emma what she had done.

Will Emma tell Seb the truth about Alina?

Fans know Alina and Seb began dating when he started doing the odd job at a local salon.

However, he soon realised something wasn’t right and that Alina was hiding something.

It was soon revealed she was living in the back of the nail bar, where she was being forced to work by a woman named Rachel and her husband Nikolai.

Eventually the police were called and Alina was taken to a safe house.

She soon made the decision to go back to Romania, but what does her return mean for Emma and Seb?