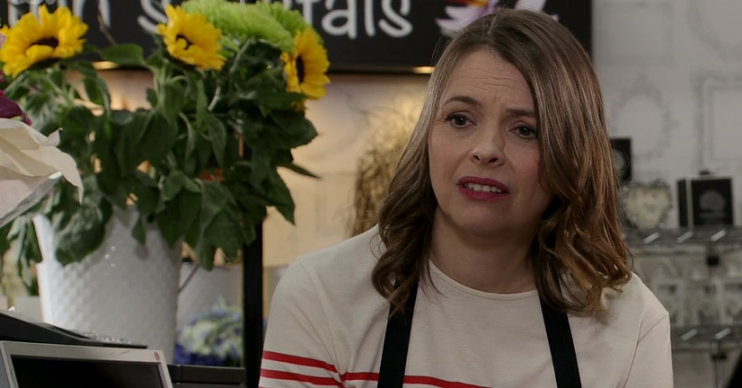 She told her everything would be okay

Viewers of ITV’s Coronation Street loved seeing Tracy McDonald’s ‘soft side’ as she gave her sister-in-law Sinead advice before getting her cancer treatment results.

Tracy is not know for being the nicest person on the cobbles.

The devious character has been known to stir up trouble in the past, making her husband Steve believe his ex-wife Becky was responsible for her miscarriage of their twins and even murdering her ex-boyfriend Charlie Stubbs.

However, it looked like Tracy turned a corner after she helped out her sister-in-law Sinead.

Read More: Jack.P Shepherd fears he would be sacked from Coronation Street for I’m A Celebrity… Get Me Out Of Here appearance

Last year, Sinead was diagnosed with cervical cancer while she was pregnant with her son Bertie.

The emotional plot saw her make the agonising decision between having her and Daniel’s baby or having radiotherapy which might save her life.

She put her baby son, Bertie, first and gave birth in January prematurely.

He survived and Sinead went straight in for treatment.

Since finishing her chemotherapy, Sinead has just been waiting for her test results to find out if the treatment worked.

In last night’s episode (July 10 2019) Sinead was worried about the outcome of her results and went to speak to Tracy, who is the godmother of Bertie, about keeping an eye on Daniel and protecting him should anything happen to her.

Tracy told her it would be okay but Sinead said she sounded like Daniel and that he can’t face up to reality.

Tracy then said: “Can you blame him? The woman he loves has got cancer.” She then advised Sinead to talk to Daniel properly and that it was no worse than anything she had been through before.

As Sinead left, Tracy gave her a bunch of flowers and told her not to tell anyone and she didn’t want people thinking she had gone soft.

Viewers loved the scenes between the pair and loved seeing Tracy’s ‘soft’ side.

I love how nice Tracy can be sometimes #Corrie

I actually love Tracy. She isn't a bad egg at all, just honest 😋 we all need a Tracy in our lives #corrie #coronationstreet #itv

Tracy giving good advice + being nice, is she feeling ok??#Corrie@itvcorrie@kateford76@KatiexMcGlynn

Later at her appointment, Sinead was told her tumour had shrunk and the cancer hadn’t spread but would have to go back in three months’ time for a routine scan.

Although Sinead was happy her cancer had shrunk, she was upset that she would be constantly worrying about it returning.

According to reports from The Sun, a TV insider speaking to the tabloid newspaper, Sinead’s fears will be proved right and she ‘will die after losing her battle with cancer’.