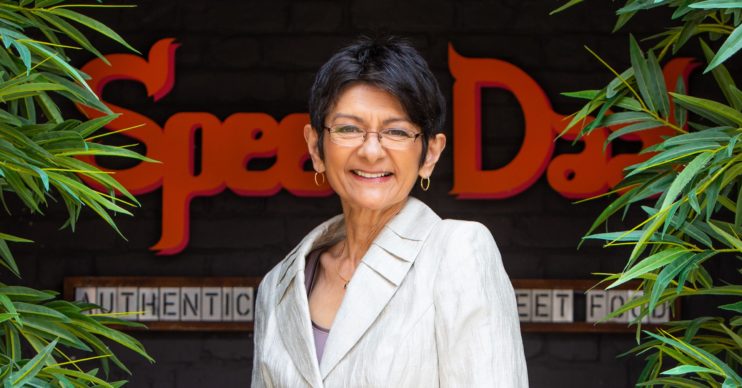 Coronation Street viewers were left in tears as Yasmeen opened up to her granddaughter Alya about the abuse she endured from her husband Geoff.

For the past year, Yasmeen has been controlled by Geoff. But things took a turn a few weeks ago when the radio DJ threatened to kill his wife, leading her to stab him in self defence.

Despite Geoff’s campaign of abuse, the Speed Daal owner believes she is in the wrong and has kept quiet about the abuse.

But as Alya has been suspicious about Geoff for a while she is determined to get her gran to plead not guilty to attempted murder.

As she opened up about what it’s been like being with Geoff, Yasmeen revealed that her husband killed her pet chicken Charlotte, cooked her and fed it to her.

She also revealed how he would put crosses around the house to check she had cleaned properly. But despite Geoff’s controlling behaviour, Yasmeen had been brainwashed to believe she is useless and it was her fault.

As Yasmeen told her granddaughter the extent of the abuse she had been suffering, Alya broke down in tears.

She wasn’t the only one as viewers were also left emotional by the scenes.

Yasmeen speech having me in tears 😭 listening to her telling Alya what Geoff has done to her brainwashing her, manipulating her, and abusing her that evil monster can’t wait for him to get his comeuppance!😡#Corrie

me after the alya and yasmeen scene #corrie pic.twitter.com/0Jm0ocXuUl

#Corrie these Alya/Yasmeen scenes are so devastating. To see what Geoff did to Yasmeen’s mind…horrible

#Corrie I'm broken. Yasmeen "but why are you crying?" Alya "because your not".

"Why are you crying?" "Because you're not." One of the most powerful scenes I have ever seen on the show. Incredible acting by Yasmeen and Alya! #Corrie

Watching Yasmeen beating herself up over Geoff and realising that she was being abused after all these months. I’m not crying you are #Corrie #coronationstreet pic.twitter.com/HjYTBd1hYX

alya and yasmeen are breaking my heart #corrie

Afterwards, Yasmeen went to court to attend her plea hearing. As she was read the charge, Yasmeen started to hear Geoff’s vile words wringing in her ears.

Read More: Coronation Street fans furious as episode finishes just as Yasmeen is about to reveal her plea

But before she could say what she was pleading, the episode finished leaving it on a cliffhanger.

What did you think of last night’s episode? Leave us a comment on our Facebook page @EntertainmentDailyFix and let us know what you think of this story.