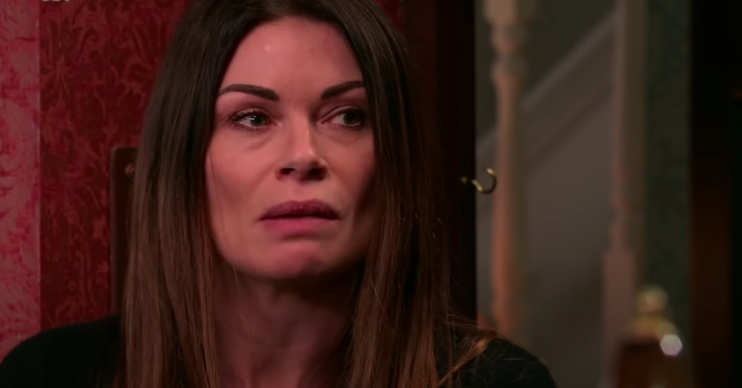 Coronation Street viewers in tears as Carla reveals she was raped

Carla has been through hell

Viewers of Coronation Street were in tears last night as Carla Connor revealed she was raped.

Carla suffered a breakdown last year after thinking she was responsible for Rana Habeeb’s death.

She was suffering from psychosis and hallucinations and fled the street in terror thinking she was being watched.

As part of the harrowing storyline Carla went missing for several weeks when her friends and family couldn’t find her.

Carla was eventually found near a Squat by Peter Barlow – but viewers never knew what had happened to Carla at that time – until this month.

Newcomer Chelsey stumbled across Carla working at the pub and began to blackmail her..

At first she just wanted £1,000 claiming it was compensation for Carla flushing drugs down the toilet at her squat, but things took a more sinister turn when her partner Jordan turned up.

And then he revealed how he had forced Carla to have sex with him to “earn” the right to stay at his squat.

He tried to demand money from Carla – but instead she told Peter what was happening.

“That bloke who was in here before I had sex with him,” she said.

“When I was ill, when I ran away. I can barely remember it. It was bucketing it down, it was raining,” she explained.

“It was cold and that was the deal, and now he wants money.”

But furious Peter told her that she couldn’t have consented in her fragile mental state – and it was rape.

Carla stands up to the blackmailers

That gave Carla the power to stand up to her blackmailers – and expose them in the pub.

“As you all know last year I had a break down and although I wasn’t as badly affected as some it was a very dark period of my life, one I’d hoped I’d put behind me,” she said.

“But then these pair turned up and it turns out that in my very darkest point of that I slept with this in exchange for a roof over my head.

“I don’t remember much about it thankfully, but now these blackmailers are trying to blackmail me, broadcast what I did unless I hand over a grand to them.

“Only the thing about blackmail it doesn’t work does it, if everyone knows the secret.”

Viewers are in tears

Fans were in floods of tears at the harrowing scenes.

A second said: “OMG it’s breaking my heart that Carla feels like she’s done something wrong.”

A third said: “They’re both in tears and I’m in bits omfg,” said another.

What did you think? Leave us a comment on our Facebook page @EntertainmentDailyFix and let us know what you think!