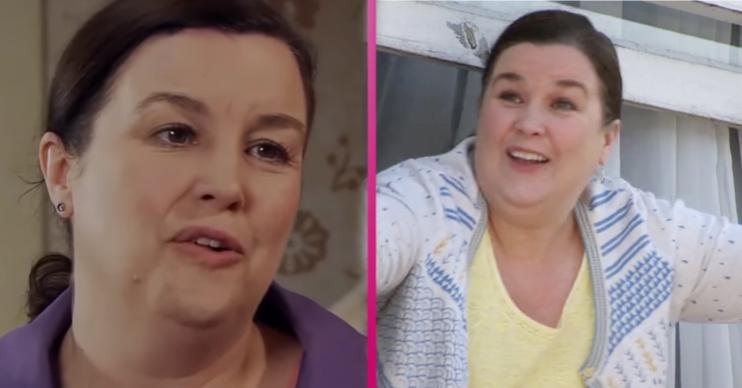 Coronation Street viewers have been in stitches over Mary Taylor’s new lockdown hobby.

In Monday’s episode (July 27), Mary revealed she had made a routine for herself and Sean to keep themselves entertained in lockdown.

She told her pal Cathy that one of the activities was balcony singing. But she revealed that Sean wasn’t too impressed with her plans, saying he made comments about wanting to murder her in her sleep.

Later in the episode, viewers got a glimpse of Mary’s ‘balcony singing’ as she hung out the window of No.11 belting out an Italian song.

But as she sang, Sean became annoyed with her, yelling: “Nobody wants to hear Italian songs at five o’clock in the afternoon. I’m trying to watch Tipping point!”

Mary put her head back in the house. However, despite Sean’s complaints, viewers loved the hilarious scenes and asked for more.

Please could we have more of Mary singing 😂 #corrie @itvcorrie

Mary trying to get all the neighbours to sing from their windows like Italy did is the best post-COVID soap scene ever! 🤣🤣 #Corrie

I am loving Mary's scenes tonight. We all need our own personalised Mary during lockdown to brighten up our days ☺️😂😂 @APattiClare #Corrie

We don’t yet know whether we will see any more of Mary’s balcony singing. However it looks like viewers would like to see more.

Over recent episodes, Coronation Street has started to mention the coronavirus pandemic.

Please could we have more of Mary singing.

Earlier this week, Abi learnt nurse Aggie’s car had broken down. But she offered for Aggie to use Kevin’s car to get to work as a thank you for her work on the front line.

In tonight’s episode, Ed is upset when Aggie goes to work early on the morning of their 30th anniversary.

He then learns his wife has to isolate in a hotel after colleague develops symptoms of the illness.

Ed’s miserable about being unable to celebrate his anniversary with his wife. But Michael and James try to lift his spirits and come up with an idea.

Later, dressed in his best clothes, Ed sits down to a virtual anniversary dinner with his wife via video call. Touched by his efforts, they raise a glass to the next 30 years.

What do you think Mary’s balcony singing? Leave us a comment on our Facebook page @EntertainmentDailyFix and let us know what you think of this story.