Fans of Coronation Street crowned Sally Metcalfe a "legend" last night, when she made a very saucy innuendo during an otherwise sedate conversation about furniture.

Viewers took a sharp intake of breath when the Weatherfield matriarch dropped a naughty double entendre while talking about one of the most boring subjects on the planet - carpets. 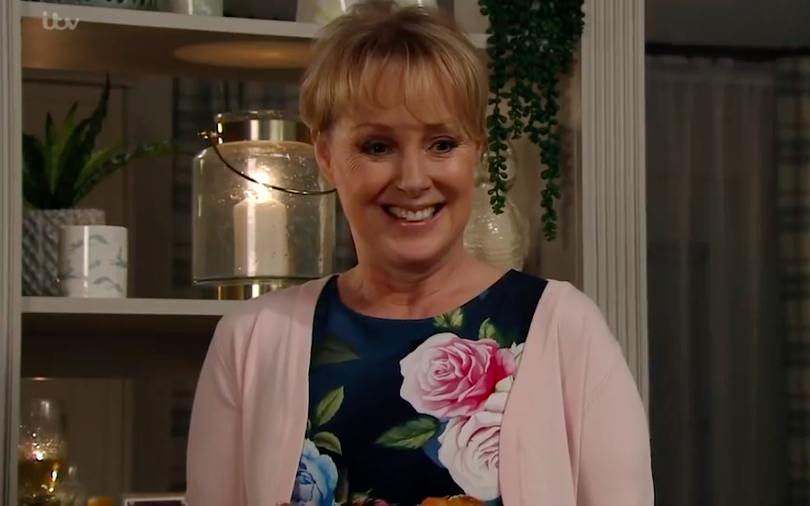 During a classy gathering at hers, with guests including solicitor Paula Martin and Sally's daughter Sophie Webster, as well as some friends of Paula's, Sally couldn't help gushing about her decor.

When Jackie complimented her on her home, Sally beamed with pride and replied (in her poshest voice): "Thank you! I made the curtains myself.

"And the carpet, that was a steal. It's got a two-inch pile. And there's not a woman alive who doesn't crave a deeper shag, but we've all got to make the most of what we've got." 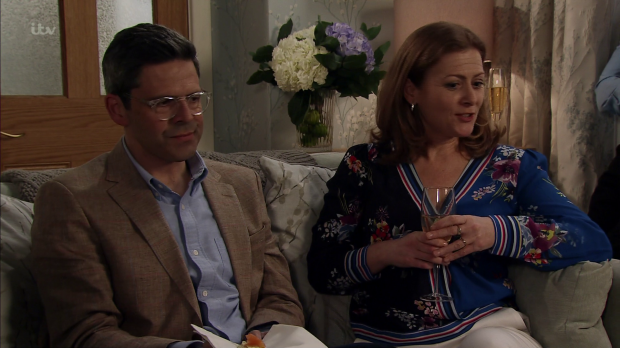 As Sally's guests looked horribly embarrassed, Sally - still holding her canapé tray aloft - realised what she had said and mortification took hold of her face...

Classic Corrie one-liners! There is not a woman alive that doesn't crave a deeper shag! Sally talking about her carpet.

Paula quickly changed the subject by complimenting the Metcalfes on their conservatory, amused fans flocked to Twitter to hail Sally as the queen of innuendo.

Whether it was intentional or not!

One declared Sally had delivered "the best line of the week".

Classic corrie one liners! There is not a woman alive that doesn't crave a deeper shag! Sally talking about her carpet.😂😂

"There's not a woman alive that doesn't crave a deeper shag." 😂
Then Sally's face as she realises what she's said. 🤣 Oh that did crack me right up. #Corrie

Sally going on about her deep shag.. Best line of the week! #Corrie

“There isn’t a woman alive who doesn’t crave a deeper shag... “ I love you sally! #Corrie

I feel your pain Sally, we all crave this... 🤣😂🤣 #corrie pic.twitter.com/ybeAs0ox3d

Go on sally! You aren't wrong there 😂😂😂 #corrie

While another said: "Yes Sally, you legend."

A third laughed: "Go on Sally! You aren't wrong there."

Many others called the unintentional slip-up "hilarious".

Sally and Tim's dinner party - nag and all - provided the light relief in an otherwise tense 9pm episode.

Audrey was devastated when she discovered her grandson Nick Tilsley stole her savings, and Gary Windass was beaten black and blue by villain Rick Neelan.

Meanwhile, Carla Connor's mental health is cause for concern in the lead up to Friday's special episode centred around her severe psychotic episode when she sees three dead characters.