Viewers of ITV soap Coronation Street are fed up with the 'silly' horse storyline.

A couple of weeks ago, Sally Metcalfe was reminded of the time she rode a horse and decided to start taking riding lessons.

She soon realised she wanted to get more involved with horses and decided to buy her own along with Yasmeen Nazir, Sinead Tinker and Jenny Connor.

Of course, things didn't quite go to plan and the newly formed syndicate ended up getting scammed. 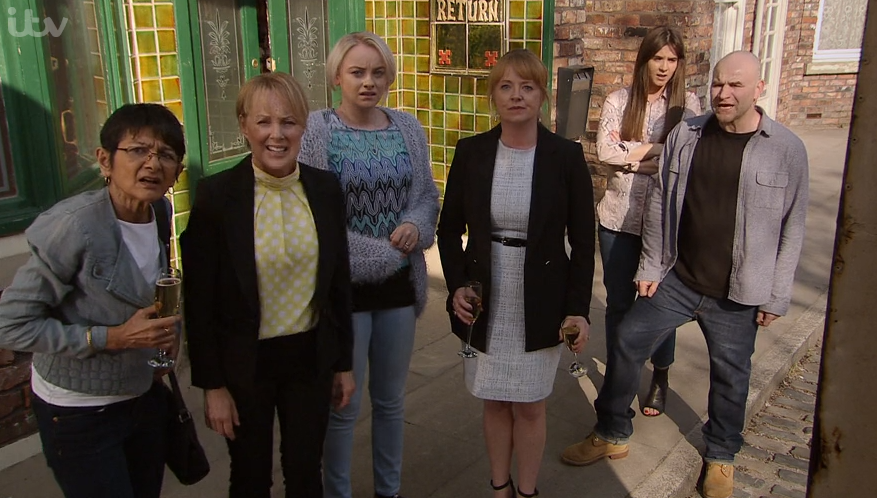 After they viewed the horse, all four of the ladies went into the Rovers and the owner quickly got out of there, taking the beautiful horse with him and leaving them with an "old nag" called Heracles.

Sally was furious and to make matters worse, after being told she had six month use of the stables paid for, it turned out the previous owner was actually six months behind.

Sally's husband Tim refused to take on another man's debt and put Heracles in their garden.

But after destroying the neighbours' gardens and Sally's conservatory, they managed to get Heracles into a stable and Tim began to bond with the horse. 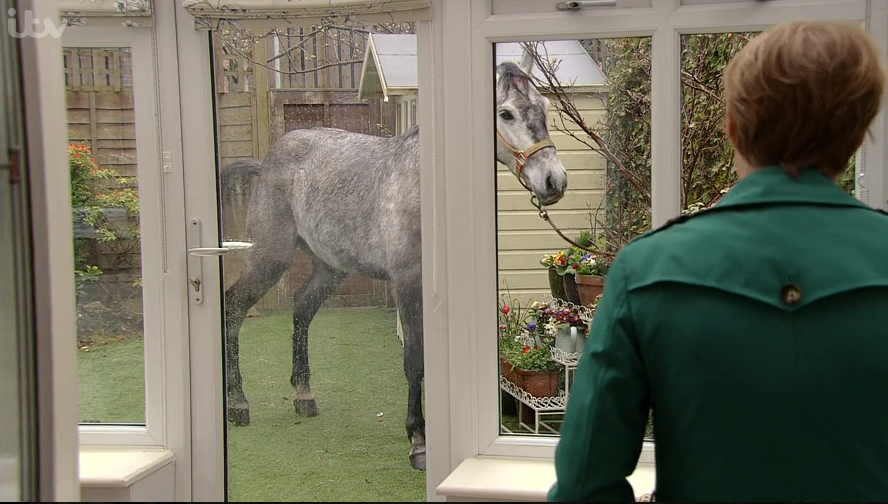 Heracles ended up staying in the garden (Credit: ITV)

However it seems viewers are not loving the new storyline.

In a Digital Spy forum called "Anyone else bored with the Corrie horse story?" a user wrote: "I am now. Wish they'd hurry up and wrap it up. Well with those owners I'd bolt for freedom I think!

"Bit unrealistic too. How many on a Northern street club together to buy a horse?"

I was bored with it after the first episode of BGT week! 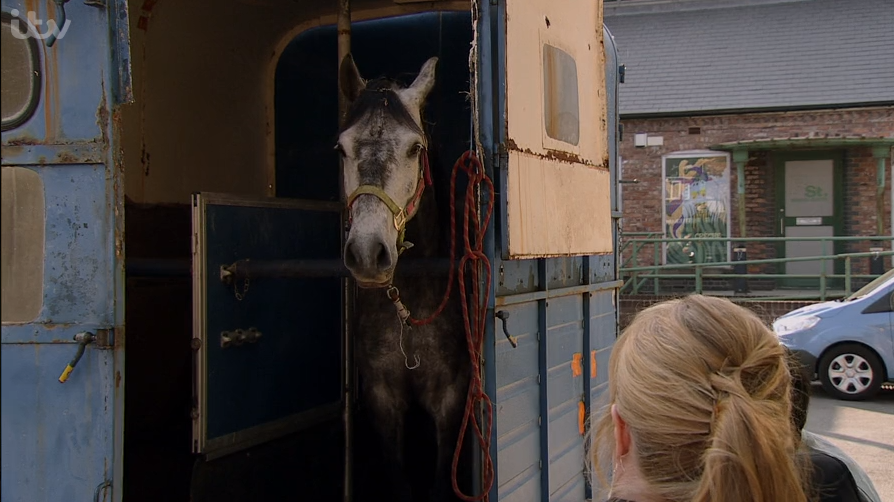 Corrie viewers have said they're bored of the storyline (Credit: ITV)

One put: "Yes it is. What made them think of it in the first place?"

Another added: "I was bored with it after the first episode of BGT week!"

Another wrote: "YES" while another put "Me too!"

It was recently revealed that the horse actor, whose real name is Sammy, was rescued from a slaughter house in Portugal.

Coronation Street is on Monday, Wednesday and Friday at 7.30pm and 8.30pm

What do you think of the horse storyline? Leave us a comment on our Facebook page @EntertainmentDailyFix and let us know what you think!