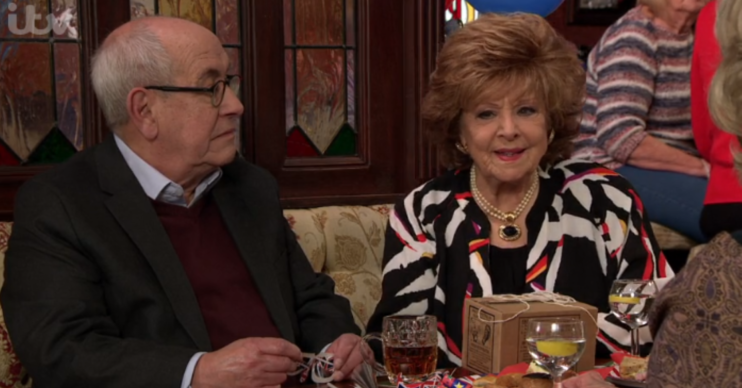 VE Day usually occurs on May 8. But due to the coronavirus pandemic and weekly Corrie episodes aired being reduced, the episodes were aired in late June.

In the latest episode, residents gathered in the pub with some dressed up for the occasion.

And at the end of the episode, a shot could be seen of the Rovers pub. Meanwhile residents sang We’ll Meet Again, by Vera Lynn.

However, viewers were left emotional as Vera sadly died just last week on June 18, two days before her 104th birthday.

I got all emotional at them singing We’ll Meet Again.

Speaking about her music, Vera said: “My songs reminded the boys of what they were really fighting for. Precious, personal things rather that ideologies and theories.”

She was an avid supporter of the military. The singer often performed for troops at the risk of her own safety.

Vera continued to back the army all her life.

Just before VE Day in May earlier this year, she urged the nation to “remember the brave boys and what they sacrificed for us.”

She added: “They left their families and homes to fight for our freedom and many lost their lives trying to protect us and our liberties.”

Did you watch Coronation Street’s VE Day episode? Leave us a comment on our Facebook page @EntertainmentDailyFix and let us know what you think of this story.