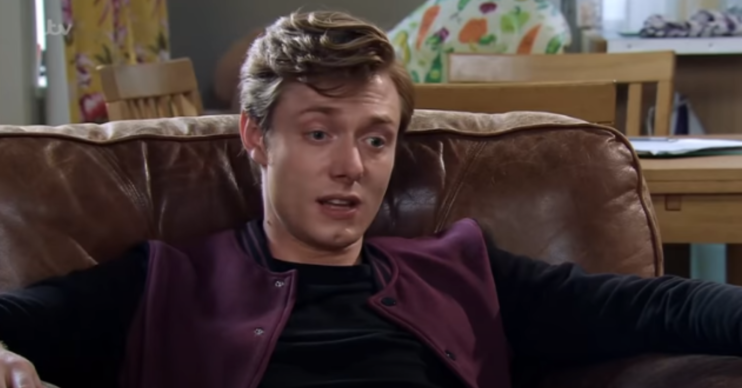 Daniel has made some changes to his facial hair

Coronation Street viewers are divided over Daniel’s transformation after he returned to the cobbles in last night’s episode (Wednesday, April 29).

Last month, Daniel went to Scotland for a grief retreat with Sinead’s Aunt Beth and his son Bertie.

In last night’s visit to Corrie, Daniel and Bertie returned and met up with Ken in Roy’s cafe. But viewers were immediately distracted by Daniel’s new look.

Some liked his tidier, well-kept beard.

Daniel's back and he's trimmed the beard. #Corrie 😏🙌🏼

Daniel no longer looks homeless so that’s a plus #CoronationStreet

But others begged him to shave his beard off completely.

My only hope for happiness was Daniel had had a shave when he came back. Dashed #corrie

Before he left the cobbles, Daniel had let his hair and beard grow.

This isn’t the first time viewers have commented on Daniel’s facial hair.

Have a [bleep] shave Daniel.

Earlier this year,  they begged him to shave his beard after growing it out.

Daniel attended a grief retreat as he was struggling to process the death of his wife Sinead.

Sinead died in October last year from cancer. Daniel quickly jumped into another relationship with Bethany Platt, but that all ended in tears when he proposed, calling her Sinead.

As Daniel returned to the Street, he didn’t receive a warm welcome from his sister Tracy.

Currently Tracy and Ken are in a cramped living situation.

After agreeing to sell the house to daughter Tracy, Ken moved to Stillwaters retirement home. But he recently moved back as he was missing his cobbles life.

This week, No.1’s boiler broke and Tracy tried to get Ken to pay for it, claiming he still technically owns the property.

But Ken left Tracy disappointed when he told her he was no longer selling the house and would be moving back into his old room, which is the master bedroom.

What do you think of Daniel’s beard? Leave us a comment on our Facebook page @EntertainmentDailyFix and let us know what you think of this story.