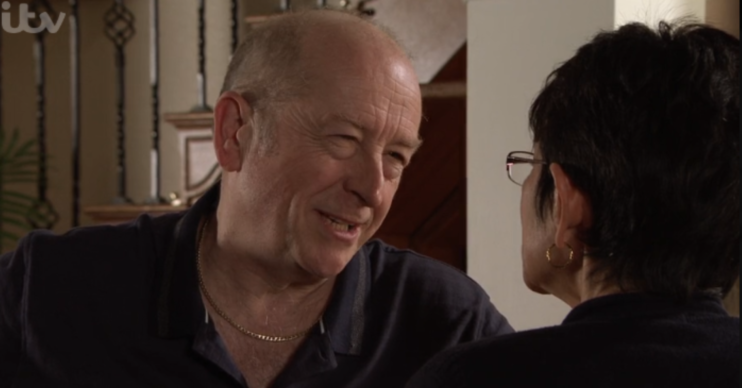 Coronation Street viewers have been left disgusted after Geoff accused his wife Yasmeen of cheating when she discovered he had given her an Sexually Transmitted Infection.

For months, Geoff has been abusing Yasmeen. His abuse campaigns have included taking control of her money, controlling where she goes and what she does and cheating on her with escorts.

Geoff covered his escort habit by insisting it was research for his radio show, but fans know that’s not true.

In last night’s episode of Corrie (Monday, March 27) Yasmeen visited the doctors in order to find out why she was having stomach pains.

The doctor told a shocked Yasmeen she had chlamydia.

When she returned home, she told Geoff about her diagnosis and he immediately flew off the handle accusing her of cheating. He even branded her a “disease ridden old tart.”

Yasmeen hit back that she wasn’t the one who had been emailing prostitutes, leaving Geoff furious.

As Yasmeen insisted she had been faithful, Geoff quickly passed the blame on to her ex-husband, Sharif.

However, when Yasmeen was upstairs, Geoff called the escort agency claiming he caught the infection from one of their employees.

Geoff later revealed he also had chlamydia and continued to insist Yasmeen had given it to him.

Yasmeen soon took matters into her own hands and called Sharif’s partner, Sonia.

She then told Geoff that Sonia had been tested and was clean, meaning the STI didn’t come from Sharif.

But that didn’t stop Geoff’s awful behaviour. He called his wife all sorts of awful names such as “gagging for it Weatherfield.”

Just when I think Geoff can’t get more evil, he reaches a whole new level. #Corrie

Geoff is disgusting. HOW DARE HE?! I’m outraged. #corrie

At the end of the week, things get even worse between Geoff and Yasmeen as a result of what’s happened.

As a punishment, Geoff begins to starve his wife.

After an evening out with Sally and Tim, he goads Yasmeen, tucking into his food, offering her nothing.

He cruelly tells Yasmeen the dress her gave her was meant for one of his escorts.

Hungry and not thinking, Yasmeen grabs a bottle of wine. As Geoff wields a knife, struggle ensues and Yasmeen defends herself.

Geoff is left on the floor and Yasmeen calls an ambulance claiming she’s killed her husband.

Yasmeen will find herself in police custody and eventually charged with the attack.

Have you been watching this storyline? Leave us a comment on our Facebook page @EntertainmentDailyFix and let us know what you think of this story.