Viewers of Coronation Street are convinced "twisted" Jade Rowan started the fire which was blamed on Hope Stape.

Jade came to the cobbles as a live-in home-school tutor for Fiz's daughter Hope, but ever since her arrival viewers have been convinced there's something dodgy about her.

In last night's episodes of the soap (November 25 2019), Hope begged her mum for them to have fireworks party.

Although Fiz really wasn't keen on the idea, her partner Tyrone said they should do it to keep Hope happy. 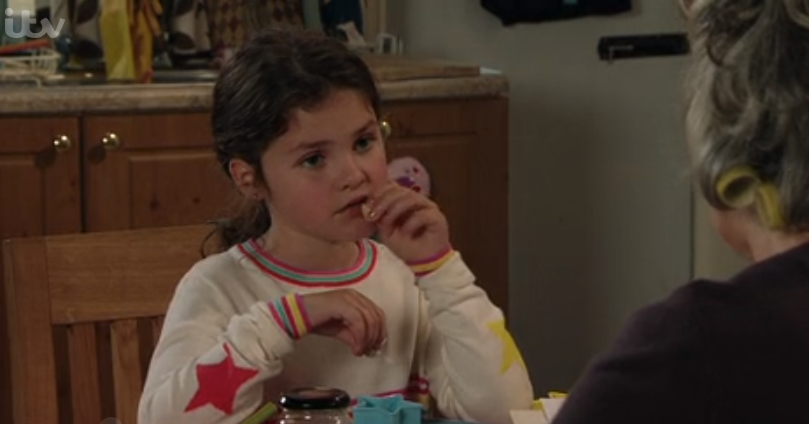 Kevin and Jack Webster came over for the event but things very quickly went downhill.

As Jack made his way outside, the adults could smell burning and as Jade opened the curtains, they could see a fire in the garden.

When they went outside they saw Jack and Hope dancing around the flames. 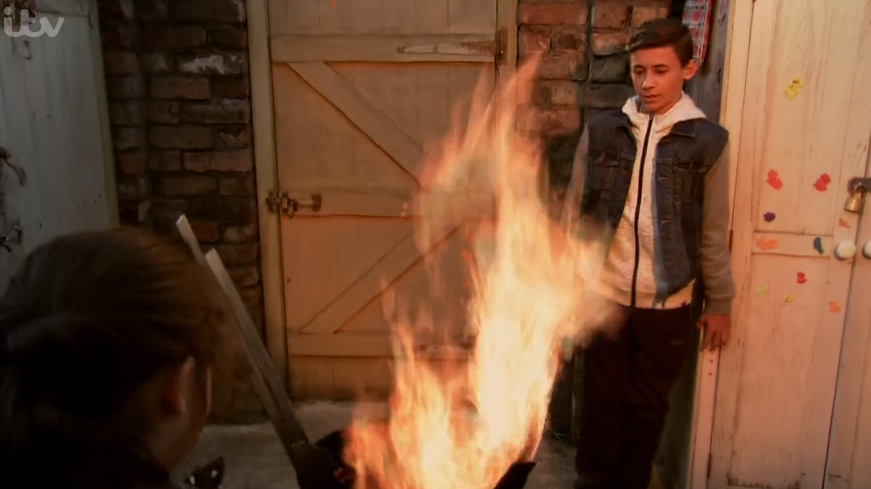 The fire suddenly grew bigger and Jack needed to go to the medical centre as he kept coughing and felt sick.

Later Tyrone and Fiz argued as Tyrone blamed Hope for the back garden fire, but Fiz tried to defend her daughter saying Jade was taking care of her.

Later Fiz was forced to come clean to Tyrone telling him she suspected Hope was responsible for the factory fire after she found Hope with matches. 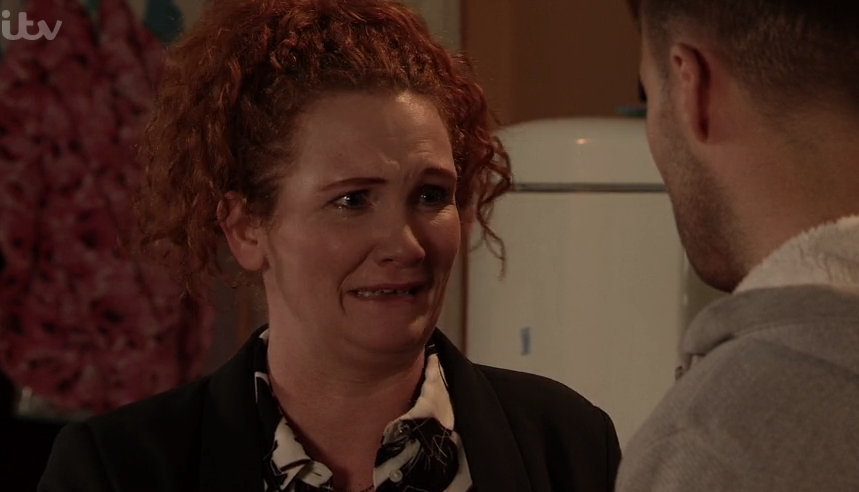 Fiz told Tyrone that she suspected for a while that Hope started the factory fire (Credit: ITV Hub)

She also told him that she had just checked the top cupboard where she hid them and they were gone.

But when her parents confronted the little girl, Hope denied starting the back garden fire.

When Jade took her into the hallway, Hope told Jade she didn't start the fire and Jade said: "I believe you. But your mummy always thinks the worst of you.

"Now get yourself up those stairs. I believe you, okay?"

After Hope went upstairs, Jade pulled out the missing matches.

Viewers are convinced Jade started the fire and made it look like Hope was behind it.

Jade is so shady ones she's the twisted fire starter #Corrie

Am so confused about the Hope storyline. She defo started the factory fire didn’t she?? But not this one? What’s this Jade’s game? #corrie

#Corrie I knew it! Jade's an absolute cow! Putting the blame on Hope! What's her game? Why is she doing this?

Others think Jade will have an affair with Tyrone.

It was recently reported she will get Hope and Ruby taken into care after reporting Fiz and Tyrone to social services.