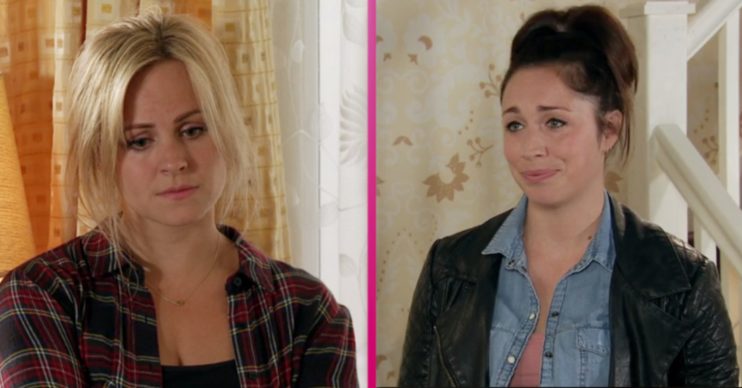 It’s been a tough year for Shona after she was shot and left with memory loss. A couple of months ago she returned to the cobbles after living in a rehabilitation centre.

In last night’s visit to Weatherfield Sarah was stuck in a difficult situation. Her ex-boyfriend Gary prepared to marry Maria, however he recently admitted to Sarah that he still loves her.

Meanwhile Sarah knows Gary killed loan shark Rick Neelan and her husband Adam is fed up of her protecting her criminal ex.

But in a scene last night, Sarah’s sister-in-law Shona stopped by to see her saying David had texted her.

Shona asked Sarah whether she still wanted to be with Gary and Sarah said she’s always care about Gary and he’s under her skin. But she knows it wouldn’t be wise for them to get back together.

Shona advised Sarah not to throw her marriage to Adam away for Gary.

However the scene left viewers confused as Shona seemed to back back her normal self.

Shona #Corrie tonight showed a complete recovery from her devastating brain injury only weeks after having no usable memory. Who writes this stuff ?

Is it just me or does it seem like Shona is back to normal? #Corrie

While Shona did seem a bit more like herself in last night’s episode, she has been living back on the cobbles for a few months and has had regular contact with the Platt family. Therefore she has most likely formed a new connection with Sarah.

Shona moved back to the street back in June. However she ended up moving in with her friend and employer Roy Cropper instead of into the Platt house.

Although it took her a while, she started to warm back up to David, however she still struggled to remember their life together.

David has previously mentioned that he kept in contact with her through lockdown. But now she appears to be more settled, could we see her start to regain her memory?

Have you been following David and Shona’s storyline? Leave us a comment on our Facebook page @EntertainmentDailyFix and let us know what you think of this story.