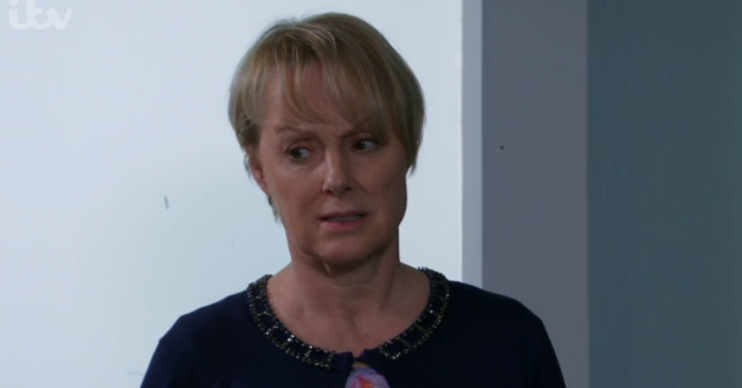 Coronation Street viewers have begged for Sally Metcalfe to speak up after spotting a hint she doesn’t believe Geoff’s story in last night’s episode (Wednesday, May 6).

For months, Yasmeen has been abused by her nasty husband Geoff. Last week, he burnt a load of Yasmeen’s clothes in their back garden, leaving Sally looking at them curiously.

In Friday’s episode (May 1), Yasmeen ended up hurting Geoff as he threatened to kill her. In self-defence she hit him over the head with a wine bottle before stabbing him in the neck.

After calming down, he spoke to the detectives investigating the incident. He claimed they were arguing about Yasmeen’s drinking when she attacked him. He then stated she had no reason to do so, making it sound like Yasmeen really was trying to kill him.

In the episode, Alya returned from her trip to Spain and paid Geoff a visit. In front of the police, Sally and Tim, she revealed Geoff had been abusing her gran for months.

She told them Yasmeen was scared for her life and that Geoff had once locked Yasmeen in a box. Tim immediately jumped to his dad’s defence and Sally tried to calm down Alya. But does Sally believe Geoff?

Read More: Coronation Street fans disgusted as Geoff wakes up and accuses wife Yasmeen of trying to kill him

After Alya wished Yasmeen had killed Geoff, she stormed out and Geoff had a panicked look on his face. But Sally caught his look and seemed concerned. Has she started to realise Geoff is lying?

Viewers noticed Sally’s look and have begged for her to raise her suspicions with someone. 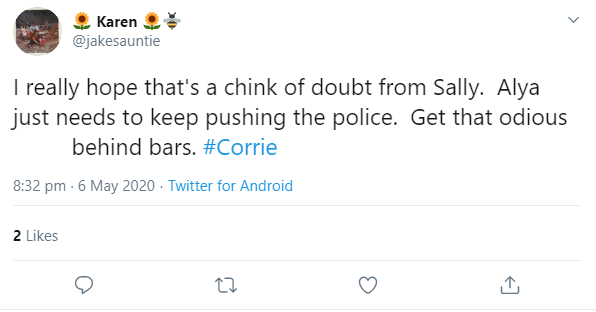 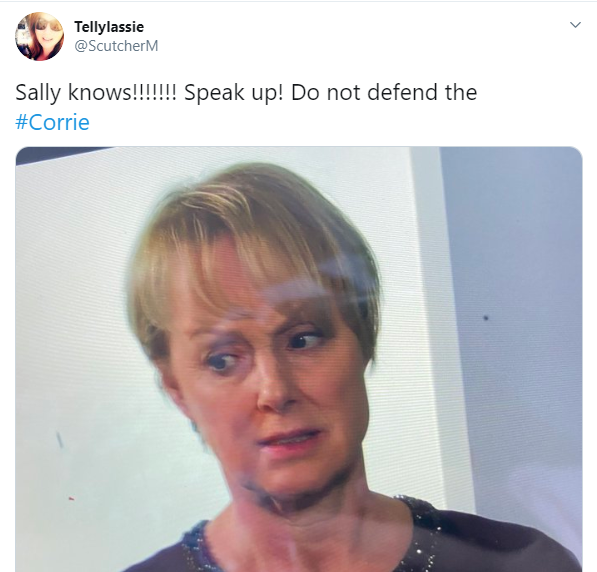 Sally to save Yasmeen

He revealed Sally and Tim will have opposite views over what happened. Is she now starting to realise what Geoff is really like?