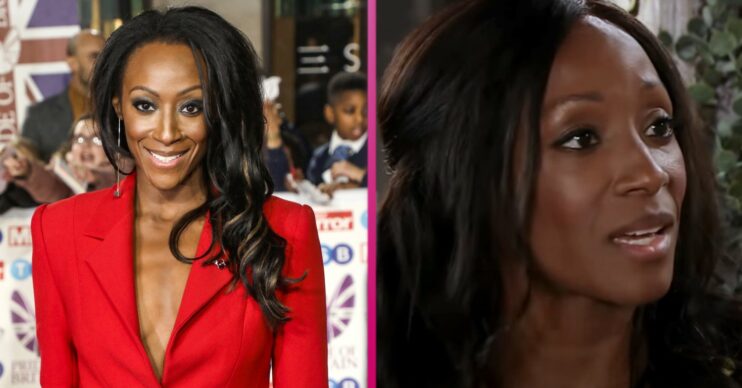 Victoria gave birth to her son earlier this year

Back in February the actress welcomed her son Theo with partner Jonny Lomas.

However the actress revealed to OK! Magazine that she has been diagnosed with breast cancer.

During the interview, she revealed she noticed a small lump protruding from her left breast when breastfeeding baby Theo. She went for an ultrasound in France, where they said it was a benign lump.

However it didn’t sit right with Victoria so she went for a second opinion, not wanting to leave it to chance.

Victoria was diagnosed with DCIS (Ductal Carcinoma in Situ) after a visit to a consultant and a series of tests, .

The actress said: “She told me they found cancerous cells, over a 4cm mass, and that I’d have to have a mastectomy.

The lumps themselves didn’t have cancerous cells, but they found DCIS.

Victoria also revealed that hopefully her surgery will be taking place in the first or second week of December.

She also added that she has had support from her former Corrie co-stars including Patti Clare, who plays Angie’s former mother-in-law Mary Taylor and Paddy Wallace who played her husband Jude Appleton.

She has also played Rachel in The Royals and Mistress Nightshade in The Worst Witch.