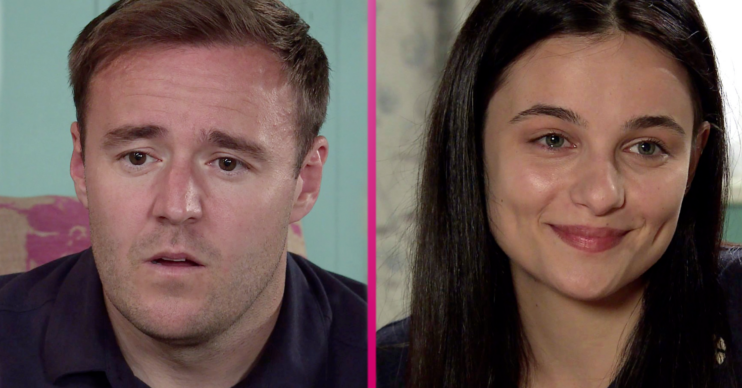 How will Fiz react?

Coronation Street fans were left furious after Tyrone ‘proposed’ to Alina and have begged for them not to get married.

Recently a fire was started at the salon flat. Pregnant Alina was inside at the time and later in hospital she discovered she lost her baby.

Later Tyrone was horrified to find out that his daughter Hope started the fire, however she revealed she never intended to harm Alina.

When Tyrone told Alina who really started the fire, she furiously ended their relationship.

Earlier this week, Tyrone went to the police and told them it was Hope who started the fire.

In last night’s scenes (Wednesday, August 19) Hope was charged with reckless arson, meanwhile Alina was in the pub and ended up drinking too much.

As Fiz and Tyrone were leaving the fish and chip shop, they saw Alina stumble out of the pub and Fiz told him to make sure she got home safe.

Tyrone took Alina back to the flat and she was upset to see he was with Fiz.

He told her that he was staying the night as Hope would be in court the next day.

As the two began talking about their relationship, Tyrone admitted that he wanted to marry Alina and have kids with her.

She then agreed to try again and said they should get married. Tyrone smiled and appeared happy, but did he mean to propose?

Meanwhile fans were not happy and have begged for the couple not to get married.

#coronationstreet #Corrie If the writers are actually going to have Tyrone Marry Alina than this 40 year fan will walk away!!!! They should have killed off the character of Alina in the fire!!!!!!!! Tyrone & Fiz are destined! Their the Next Jack & Vera!!! pic.twitter.com/1JS8K3kCR6

Tyrone and Alina now want to get married?! #Corrie pic.twitter.com/CUCBzQfZ8j

please corrie gods don’t let tyrone and alina get married, can’t be bothered with that #corrie