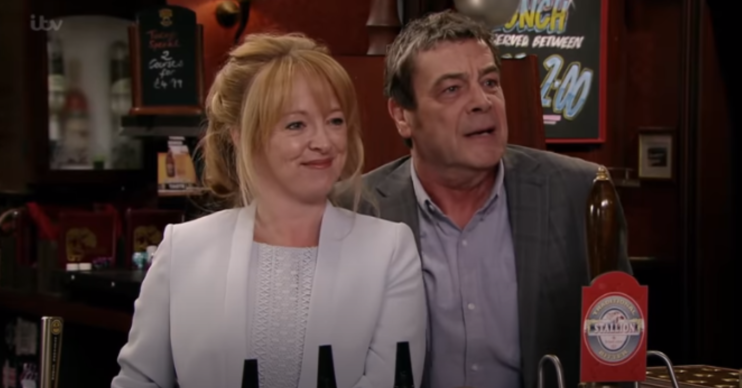 It has been reported that Coronation Street will shut the iconic Rovers Return pub when filming resumes to reflect the reality of coronavirus.

Last month, it was announced the ITV soap has stopped production. Weekly episodes of the show were also reduced from six to three in order to make sure there are plenty of episodes to last until filming resumes.

As scenes were filmed way in advance of the pandemic, on-screen there have been no references to the ongoing health crisis.

But it has left viewers wondering if coronavirus will be acknowledged once filming resumes.

Read More: EastEnders and Coronation Street did a crossover on The Big Night In virtual quiz

According to recent reports, the Rovers Return pub will be shut in order to reflect the struggles of the pandemic.

A source told The Sun newspaper: “Producers think it would be slightly weird not to at least acknowledge the huge disruption the crisis has caused.

“How much it is acknowledged will all depend on when cast and crew are allowed back on set.

“They’re hopeful they will be able to start work on new episodes soon, but one way of nodding to the lockdown is shutting the Rovers.

“They want to make sure they reflect the reality of the world watching.”

ED! has contacted a Coronation Street rep for comment!

When will filming on Coronation Street resume?

ITV has not yet confirmed when soaps will resume production.

Two weeks ago, Andy Whyment, who plays Kirk Sutherland, said Coronation Street stars would have to return to filming by the middle of June to ensure the soap doesn’t go off air in the summer.

Speaking on Manchester United’s MUTV Group Chat video, he added: “I think we’ve got until the beginning of July in the can. So we need to get back, hopefully, by the middle of June with a bit of luck.

“Otherwise it’s going to go off air. Hopefully we’ll get back.

Read More: Coronation Street: How do Johnny and Scott know each other?

“A lot of the airlines have said they’re going to start flying again mid-June, so, hopefully, if that’s going to happen then hopefully we should be able to get back to work with a bit of luck. Fingers crossed.”

However, Corrie legend Bill Roache, who plays Ken Barlow, insisted the soap won’t go off the air during the pandemic.