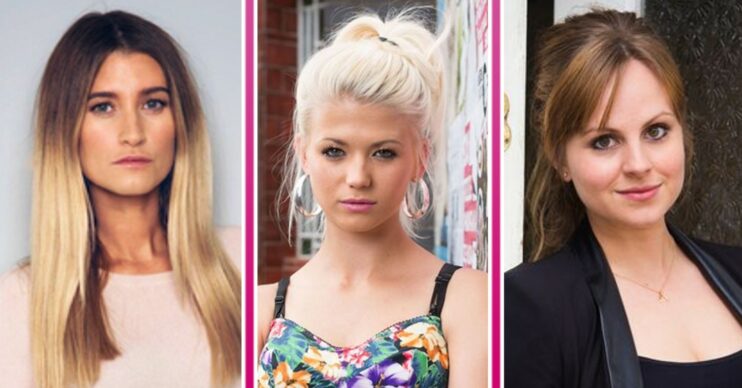 Coronation Street to Emmerdale: 6 teen pregnancies that shocked the nation

These storylines shocked the nation

Coronation Street, Emmerdale and EastEnders have had their share of shocking storylines.

Amelia Spencer, the religious 15-year-old is the latest to have found herself expecting a baby.

Here are six of the most shocking ones to happen in Soapland.

But yes, it was Sarah Lou, the angel-faced 13 year old sitting opposite her mum in a doctor’s office with a positive pregnancy test and one hell of an explanation due.

It was the storyline that rocked the cobbles – and the nation.

The first of many teen pregnancy storylines – and one that showed that it isn’t the end of the world.

After all raising Bethany was easy – not like she ended up the victim of a grooming gang, serial killers or potential kidnappers.

And she had a very different experience to the OG.

She hid her pregnancy and planned to give birth, abandon her baby and go on with her life.

But when she went into labour, she screamed for her parents and ended up welcoming a healthy baby girl.

However she was desperate to put the baby up for adoption, but was talked out of it by mum Anna.

Months went by and Faye realised she couldn’t cope with being a mother so soon and begged for Miley to be adopted.

However dad Jackson’s parents offered to raise the baby for her.

Sadly the child was called Miley – and her paternal grandparents decided to move abroad without telling Faye, leaving for good.

Now that Faye has been kicked into early menopause, Miley remains Faye’s only biological child.

Nothing quite says Emmerdale like an old Dingle taking advantage of a teenage girl, getting her pregnant and then terrorising her.

But that’s what Cain Dingle did to Amy Wyatt.

He was determined to force the 16-year-old into an abortion, but after seeing the ultrasound she found the strength to resist him.

And after quite a lot of upheaval, giving the baby up, his adoptive parents dying, his adoptive grandmother marrying his biological grandfather, Kyle is now being raised by both Cain and Amy.

In a twist to the usual teenage pregnancy storyline, Lola had an unexpected conception.

Determined to question her cousin Ben Mitchell’s claims to be gay, she asked him how he knew if he had never slept with a woman.

Let’s just say that Lola confirmed it for him and nine months later Lexi was born in a chicken shop.

Corrie went for a hattrick two years ago when Amy Barlow discovered she was pregnant.

But unlike Sarah Lou or Faye Windass, headstrong Amy sought out adult help for her very adult problem.

However her parents Tracy and Steve had their own ideas and decided they would adopt the baby.

Amy later had an abortion – but lied at first claiming it was a miscarriage.

When the truth was revealed the soap dealt with the family dynamics brilliantly and showed them all supporting each other.

She was born from a fling between mum Charity Dingle and dad Cain Dingle when they were both teens.

Though instead of her cousin – she picked Andy Sugden as her baby’s father – even though she was just 15 and he was an adult.