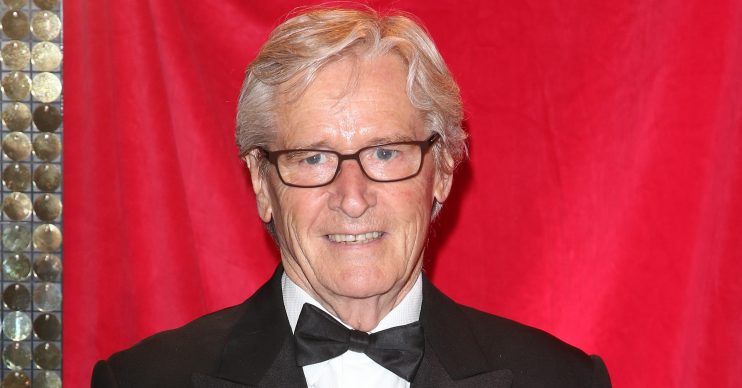 The 87-year-old star – who plays Ken Barlow on the soap – has said he makes an exception for the Corrie Christmas party, but he usually leaves early because he prefers to get his beauty sleep in for the busy week ahead.

“It’s nice to have a get-together although I don’t stay for that long. I like to get eight hours’ sleep and wake refreshed in the morning.”

And the ITV veteran doesn’t intend to get very merry with alcohol over the festive period because he insists he doesn’t drink apart from the odd glass on a “special occasion”.

He said: “Barring the occasional glass of champagne or wine on special occasions, I don’t drink alcohol.”

Instead, Bill is determined to have a peaceful Christmas with his family – daughter Verity, 38, and son Will, 34 – in Notting Hill.

His other son, Linus, 55, lives in America and has committments over there that mean he won’t be able to make it home for the festive season this year.

And the Ken Barlow actor isn’t expecting any gifts under the tree this year as he “doesn’t need anything”.

Bill added: “There’s nothing I need, nothing I specifically want. Although new clothes would be nice … and my children usually get me something I’d never even thought of but actually love.”

But the party pooper does remember his most treasured gift he once received on Christmas Day.

He explained that he had been “desperate for a motorbike” when he was 18, but his parents didn’t want him to have one.

However, on Christmas Day they gifted him one and he was “so excited”.