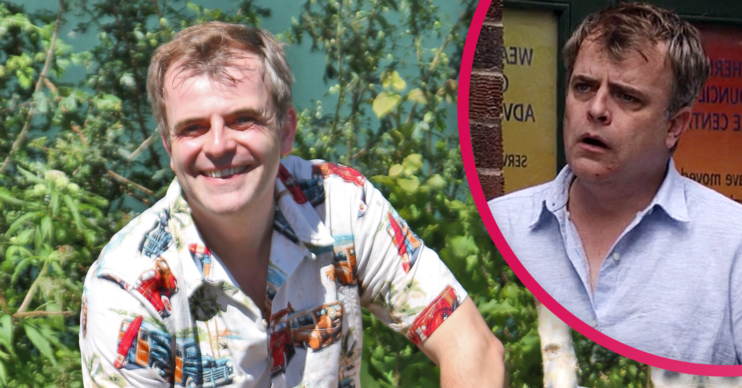 Simon posted his new look to his social media

Coronation Street star Simon Gregson, who plays Steve McDonald, has left his fans in stitches with his ‘new summer look’.

The actor posted a video to his Twitter, which showed his face morphed on to Shakira’s during her music video for Whenever, Wherever.

The video left his followers in fits of laughter.

His Corrie co-star Rob Mallard, who plays Daniel Osbourne, wrote: “I can’t unsee this. Nor would I want to.”

One fan wrote: “Wow you look good as a woman” with laughing emojis.

A second added: “Suits you” with a laughing emoji.

Simon Gregson: Returning to Coronation Street after having coronavirus

Coronation Street resumed filming last month. It is believed Simon has returned to work after his battle with coronavirus earlier this year.

Simon explained to his Twitter followers that he had “gastric” symptoms of the virus, describing it as “awful.”

But, he appears to have made a full recovery and gave away his classic car and motorcycle to NHS workers, amid the pandemic.

Recently the actor spent some quality time with his dad, doing some welding.

Although Coronation Street had to stop production for three months, the ITV soap continued to air.

At the moment, Simon’s alter ego is facing every parents worst nightmare as his son Oliver has been diagnosed with terminal mitochondrial disease.

Leanne and Steve were told their son would never recover and the illness is life limiting.

Today (Friday, July 17th) it was revealed that character Natasha Blakeman would be returning, as a part of this storyline.

As Oliver’s stepdad, Nick will begin to feel increasingly sidelined as Leanne and Steve are forced to make difficult decisions about their son’s treatment.

But he ends up running into his former flame Natasha at the hospital. Will Nick’s encounter cause issues for him and Leanne?

Have you been following Steve’s storyline? Leave us a comment on our Facebook page @EntertainmentDailyFix and let us know what you think of this story.