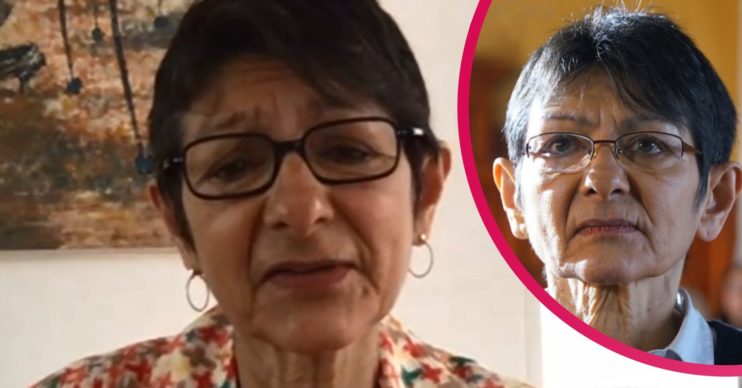 She also admitted it's been 'exhausting' to play the role

Coronation Street star Shelley King appeared on Lorraine today (Friday, July 16) and it was confirmed we’re going to find out more about Yasmeen’s past.

Shelley plays abused Yasmeen Metcalfe on Coronation Street who is currently in prison awaiting trial after fighting back against evil husband Geoff.

Read more: Lorraine in tears as show pays gushing tribute to her

Shelley agreed and said: “It’s often the case, from people we’ve talked to, whether that victim is a man or a woman, because there is a reversal in some cases, there are men also who are the victims of coercive abuse, although women are the majority in this particular problem.

“The people who are the abusers often choose strong people because they are attracted to the strength because they are not strong themselves. They need constant approval of their worth, which is why they attempt to control.

“So Yasmeen was a perfect candidate for this storyline and I’m so glad we can continue to do it.”

Shelley also admitted it has been ‘exhausting’ filming the scenes, especially the one where she finally hit back and stabbed Geoff in the neck.

“We are [exhausted], particularly these scenes you’re seeing, they only appear for three or four minutes on screen, but the stabbing scene, that took two days to do.

“You have to really concentrate. Everybody in the room, not just Ian [Bartholemew, Geoff] and me; the cameraman, the props people, the make-up people. We all have to be really on the ball and in the moment with what we’re doing and remember the lives of people who have talked to us so that we can best and most truthfully portray their own journeys and suffering.”

Lorraine asked Shelley about her real-life partner Trilby, who earlier this year admitted she found the scenes hard to watch.

“It’s not easy to witness because I think it’s been made, the way it’s scripted, the way it’s shot and the concentration that it’s presented I think makes it very real,” Shelley admitted.

“And also because she’s been helping me, she’s had to hear my stories about the people who we’ve met. So I suppose watching that brings all of it into focus.”

Shelley also said she and Ian “get on like a house on fire” and she’s missed him during lockdown.

What happens to Yasmeen in next week’s Coronation Street?

Yasmeen gets a visitor in next week’s Coronation Street. It’s a mystery woman who pretends to be part of a women’s charity to get in the visiting room.

In actual fact, she’s another of Geoff’s victims, but can she help Yasmeen’s case?

Yasmeen tells lawyer Imran about the visit on the day her trial is supposed to begin. But she suddenly collapses in pain.

She’s rushed to hospital and it’s confirmed she’s had a heart attack. Will Yasmeen survive?