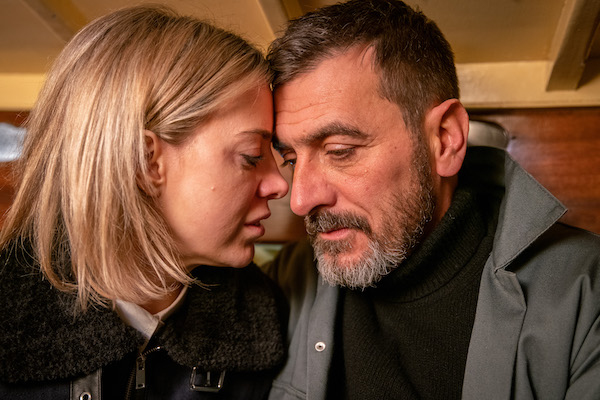 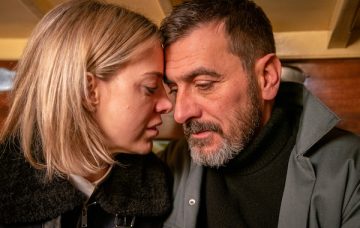 Abi's knows what she wants - and she's going to get it

Abi Franklin and Carla Connor have been fighting for Peter Barlow’s affections in Coronation Street and actress Sally Carman thinks it could end in murder!

The actress’s character Abi will be seen growing closer to Peter (Chris Gascoyne), with the two set to share a kiss on his boat in an upcoming episode.

But with Peter set to also make a move on his ex wife Carla (Alison King), Sally thinks this new love triangle could cause all hell to break loose on the cobbles.

When asked who would win a fight between the ex jailbird and the feisty factory boss, Sally told The Sun: “Abi definitely!

“Carla has got sophistication that Abi hasn’t got, which gives Abi the edge because Abi is an Alley cat!

“Abi has got nothing to lose and Carla has so that is the difference.”

She adds: “If it’s a war of words or to do with making some kind of plan then no, Abi wouldn’t win. But if it was an actual fight then Abi would kill her!”

Peter and Carla originally split when Peter admitted to cheating with Tina McIntyre, and both moved on with other people, but it looks like they are being drawn together again.

However, Carla may have other things on her mind after Corrie boss Iain Maclead revealed that Carla will become a full-blown workaholic in the lead up to the factory’s roof collapse in March.

He said: “She wants to focus on the factory and Aiden’s legacy, That drives Carla into making some mistakes, that will lead to the factory falling in basically!

“She alienates a lot of people. First it will look like an accident, then we’ll start to reveal that it’s not.”

Who do you think is a better match for Peter? Leave us a comment on our Facebook page @EntertainmentDailyFix and let us know what you think!