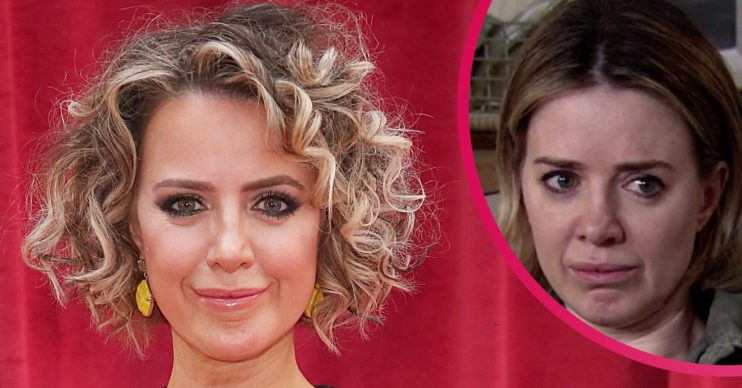 The Abi Franklin actress looked gorgeous in a summer dress

Coronation Street star Sally Carman has left fans stunned as she wore a beautiful dress for a night out.

The Abi Franklin actress, who is engaged to Coronation Street co-star Joe Duttine, teamed the summer dress with a demin jacket and tied her hair up as she headed out out.

She shared a snap of her look on Instagram and captioned it: “She’s off out in a summer dress,” with the hashtag ‘living on the edge’.

She’s off out in a summer dress #livingontheedge

What did Coronation Street fans say?

Fans were bowled over by her beautiful look and commented on the picture as much. She certainly looks a far cry from Abi!

Among cries of “Gorgeous” and “Stunning”, one said: “By Gum Sally lass you don’t half scrub up well. Got your mask in your bag?”

Another added: “Wowser and don’t you just look beautiful in it miss.”

“You look stunning that man of your is very lucky,” said a third.

The man in question is the cobbles’ Tim Metcalfe, aka Joe Duttine.

Joe proposed at the start of lockdown in March. He announced the news on Twitter on Friday, March 27.

The Tim Metcalfe actor posted a picture showing them toasting the engagement, in which Sally’s sparkler ws clearly visible, and wrote: “She said yes everyone, covid 19 can [bleep] off… “Convid, covid, whuteva.(sic)”

Joe, 49, and Sally, 38,were first spotted together in 2018 and moved in together last November.

Meanwhile, Sally recently explained she is glad her Corrie character doesn’t speak to Joe’s alter ego much on the show because he “twinkles on set” and she isn’t sure she could get through the scenes.

Date night for Sally and Joe

The couple left fans in awe earlier in lockdown as they glammed up for a date-night selfie, with Joe debutting a very bushy beard!

Not letting lockdown life curb their enthusiasm for dressing up, Sally shared a picture of them together as they prepared to enjoy the evening.

“Date night with this handsome devil,” she captioned the shot.

Date night with this handsome devil 💛