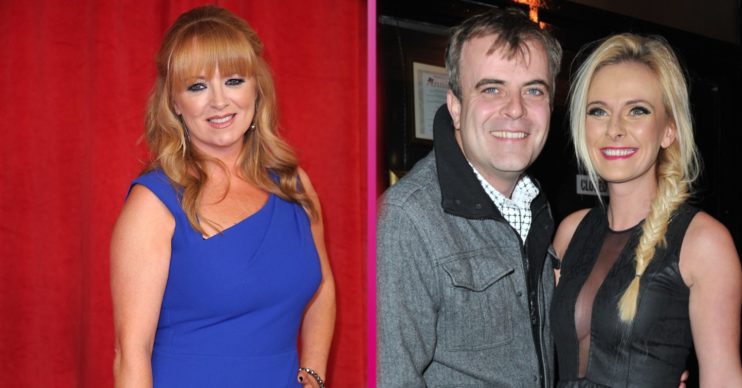 Sally Ann made her views quite clear

Sally, who plays Jenny Connor on the ITV soap, was recently on Twitter speaking to fans about how they could go about getting a free autograph from their favourite Corrie stars.

She stated how fans shouldn’t have to pay for autographs or videos from the soap stars.

In a tweet she wrote: “Write to us at Trafford Wharf Road. We do them for free! You should never pay for an autograph (or a video message come to that) x.”

Write to us at Trafford Wharf Road. We do them for free! You should never pay for an autograph (or a video message come to that) x https://t.co/U3RaRExPMO

But Simon’s wife Emma took this as a dig at her husband, who regularly sells personalised messages for £30.

In a now deleted tweet, Emma responded saying: “Wow! Nothing like sticking together with your work colleagues.”

However Sally’s followers agreed with her. One wrote: “Thanks Sally, shame they’re not all like you.”

Another added: “Good on ya Sal.”

Simon, who plays Steve McDonald in Corrie, isn’t the only soap star to sell personalised messages.

The actress was charging £100 a pop, however the funds were going towards charity Mummy’s Star, which Katie is a patron of.

Other stars who have been known to provide videos include Chris Gascoyne, who pays Peter Barlow and Charlie Lawson, who plays Simon’s on-screen dad Jim McDonald.

While Sally Ann may be caught up in a bit of drama in real life, her alter ego will also find herself getting caught up in some issues next week.

Johnny tries to assure his wife that he needed time alone and that it won’t happen again. But Scott tells Johnny it’s about time they have a proper chat. He leads him into the back room with trepidation.

What’s going on between Johnny and Scott?

Would you pay for a personalised message from your favourite star? Leave us a comment on our Facebook page @EntertainmentDailyFix and let us know what you think!